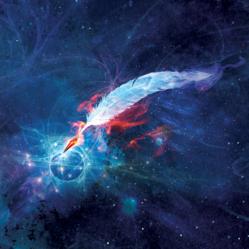 L. Ron Hubbard Writers and Illustrators of the Future Contest

The Writers of the Future Contest is the most effective means for aspiring writers to make their break in the publishing industry.

In what is known as the largest contest of its kind in the world, finalists for the 1st Quarter of the 30th year of the L. Ron Hubbard Writers of the Future Contest, specializing in speculative fiction, were announced today by Joni Labaqui, contest Director.

The finalists for this quarter are from California, New York, Maine, Michigan, Wisconsin and three are from Colorado. California often has multiple finalists but this time, Colorado claims that status.

The eight finalists stories are sent to four of the contest judges. Of those eight stories, three winners will be chosen from that quarter. There is a 1st, 2nd and 3rd place winner every quarter. They are awarded cash prizes, a week long intensive workshop, an awards ceremony and are also published in the annual L. Ron Hubbard Presents Writers of the Future.

A Grand Prize winner is also announced at the annual awards ceremony and is selected from another panel of judges.

“The Writers of the Future Contest is the most effective means for aspiring writers to make their break in the publishing industry,” Labaqui said. “That’s because our winners are judged by professional writers from a pool of thousands of entries worldwide.” Well-known contest judges include multiple Nebula and Hugo Award winners and finalists such as Kevin J. Anderson, Orson Scott Card, Larry Niven, Jerry Pournelle, Tim Powers, Robert J. Sawyer, Robert Silverberg, Dave Wolverton, and Sean Williams, to name a few.

“The chance of being published elsewhere in the publishing industry is much smaller,” Labaqui said. “Only three out of every 10,000 manuscripts submitted in the United States each year get published—1,800 are science fiction and fantasy novels—and most of them are written by established authors. This is one very effective way to get in the door for the newcomer.”

For more information about the contest, go to http://www.writersofthefuture.com. Or call the contest at 323-466-3310.