Arnold Palmer Invitational - 2013 Masters Tickets and Packages for the 2013 Masters Golf Tournament at MastersTickets.co from Inside Track Tickets 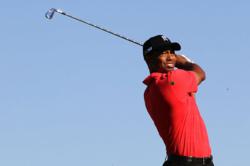 Tiger Woods opened up the Arnold Palmer Invitational tournament at Bay Hill shooting a 3-under 69. Right before the end of the first round at the Arnold Palmer Invitational, Woods was 5-under par on the four par-5s, but slipped away with some bogeys to finish at 3-under 69. That score left him four shots behind playing partner and leader Justine Rose, John Rollins, Charley Hoffman, and Ryo Ishiwaka. He started off sharp, hitting a birdie on the 12th then an eagle on the 16th, but hit into a bunker on the next hole, and a bogey on the 18th. His partner, Rose, was rolling the whole round. He hit one bogey on his second hole, but then had 6 birdies and an eagle; four of those birdies were all in a row.