As of March 2013, over 1000 voters have chosen Mickey Rourke as the celebrity who has aged the least gracefully on Ranker's "Celebrities Who Have Aged the Worst" list, a crowd-sourced list on the consumer opinions website, Ranker.com. 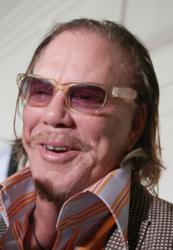 Steven Seagal looks like a regurgitated version of his former self

Mickey Rourke recently rose to the top of the Ranker's "Celebrities Who Have Aged the Worst" list, a crowd-sourced list on the consumer opinions website, Ranker.com. Rourke barely beat out former action star Val Kilmer (#2) for male celebrity who has aged the worst, while the first female celebrity, Bridgette Bardot, comes in at number 5.

The rest of the Top 10 Celebrities Who Look Worse for Wear is as follows:

Celebrity blogger Danielle Dauenhauer was surprised at the celebrities in the Top 10 noting that "Steven Seagal looks like a regurgitated version of his former self and he's not even in the Top 20". Asked if she agreed with the rest of the rankings, Dauenhauer said "I would have had Val Kilmer in the top spot".

See the full list of Celebrities Who Have Aged the Worst, as well as 1000's of other Celebrity Lists at Ranker.com.