Michael Barnes to Raise Money for Surgeries of Disabled Children 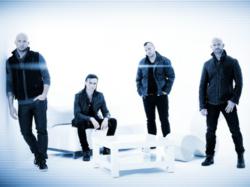 "These children need our help and this program delivers.”

Nashville, TN and Lemoyne, PA (March 22, 2013) – Michael Barnes, lead singer of rock band RED, whose recent album “Release The Panic” landed on the Billboard Top Ten, announced that he will participate in the CURE Champion Program by running the Rock and Roll Marathon in Nashville next month. Established by CURE International, the Champion Program allows participants to meet a fitness goal while simultaneously raising money for life-changing surgeries for children in emerging countries.

To help increase the visibility and support of the CURE Champion Program, Mr. Barnes is inviting fans to train and run the Rock and Roll Marathon with him. In addition to the band’s social media presence, fans will have access to Mr. Barnes and his marathon training regiment and tips on the CURE Champion web page. CURE Champion team members also have access to three celebrity fitness coaches as well as a fund-raising specialist on the Champion web site.
“After visiting the CURE hospital in Ethiopia, I saw firsthand how the surgeries restored hope and a life of normalcy to these young children and their families,” states Michael Barnes. “As a child, I always dreamed of being in a rock band, having fans and entertaining people. I made a promise to myself that if I ever got there, I’d try to help others achieve their own goals. These children need our help and this program delivers.”

CURE’s Champion program connects your fitness and sports goals with the needs of a physically disabled child across the world. These children, unable to walk, run, and play, suffer from conditions that are correctable. You, along with other champions, will partner with friends and family to build support and raise money towards your financial goal to heal them. Because we want to see you meet your goals, CURE has partnered with a team of awesome trainers and coaches who are ready to help you achieve your fitness and fundraising objectives. Groups or individuals are given a customizable webpage to promote and manage their program. When the fundraising goal has been achieved, a team member and coach will be randomly selected for a goodwill trip to a CURE Hospital to meet with the patients and families at their homes

CURE International’s mission is to heal the sick and proclaim the kingdom of God. It is the largest provider of reconstructive surgery to disabled children in the emerging world. Since opening the doors of its first surgical teaching hospital in Kijabe, Kenya, in 1998, CURE's focus on bringing healing to developing nations has resulted in more than 1.9 million patient visits and over 138,000 surgeries to correct physically disabling conditions. CURE hospitals are located in Afghanistan, Dominican Republic, Ethiopia, Honduras, Kenya, Malawi, Niger, Uganda, United Arab Emirates, and Zambia. The Tebow CURE Hospital is also currently under construction in the Philippines. CURE has also trained more than 6,100 medical professionals, raising the standard of care in the countries where it operates. Please visit http://cure.org for more information.