Event to Support Students and Education 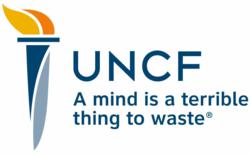 The UNCF/Liberty Bank Ball in the City is a chance for everybody who values students and education to have a great time for a great cause.

UNCF (the United Negro College Fund), the nation’s largest and most effective minority education organization, and Liberty Bank and Trust Company will hold the 19th annual UNCF/Liberty Bank Ball in the City fundraiser to on Friday, March 22, 2013 at Harrah’s New Orleans Casino. Since its inception, The UNCF/Liberty Bank Ball in the City has raised more than $2 million, with proceeds supporting over 4,000 students who attend UNCF’s two member HBCUs in New Orleans, Dillard University and Xavier University, and the more than 60,000 students around the country whose education UNCF makes possible.

“The UNCF/Liberty Bank Ball in the City is a chance for everybody who values students and education to have a great time for a great cause,” said Michael L. Lomax, Ph.D., president and CEO, UNCF. “As a community and as a country, we need to invest in better futures for our students and all of us, and the great turnout we’re expecting will be an investment that will pay dividends in the form of the college graduates New Orleans and the country badly need.”

Started by Alden and Rhesa McDonald, The UNCF/Liberty Bank Ball in the City has grown into one of New Orleans’ premier events on the social calendar. Guests at this year’s ball will enjoy performances by national recording artists Chanté Moore and the ZAPP band. The evening starts with the VIP Patron Party at 7:00 pm featuring performing artists B.R.W., followed by the live concert at 9:00 pm. In addition to Dr. Lomax, guest speakers include local dignitaries who will talk about the importance of education and ensuring that students have the support they need to get to and through college. The evening will also include a silent auction that truly makes this a “Party with a Purpose,” all in support of education.

“This event has always been a success for our youth looking to make the dream of a college education a reality,” said Alden McDonald, president and CEO, Liberty Bank and Trust Company. “We will continue to carry forth the message and mission of President Barack Obama to have the most college graduates in America by the year 2020.”

“UNCF is grateful to Liberty Bank, Alden and Rhesa McDonald, and all of our donors and supporters who come each year to show their support for education “ said LaJuana Chenier, regional development director, UNCF. “This support enables UNCF to help thousands of deserving students, especially during these economically challenging times.”

Liberty Bank is the Founding Sponsor of UNCF/Liberty Bank Ball in the City; Harrah’s New Orleans is the event’s Hosting Sponsor. BP America, Inc. and Frito-Lay are Presenting Sponsors. Other top sponsors include Entergy and Louisiana Lottery.

About UNCF
UNCF—the United Negro College Fund—is the nation’s largest and most effective minority education organization. To serve youth, the community and the nation, UNCF supports students’ education and development through scholarships and other programs, strengthens its 38 private member colleges and universities, and advocates for the importance of minority education. UNCF’s logo features the torch of leadership in education and its widely recognized motto, "A mind is a terrible thing to waste."® Learn more at http://www.UNCF.org.

About Liberty Bank and Trust’s Foundation
The Liberty Foundation is a 501 (c) 3 non-profit corporation which was organized by Liberty Bank and Trust Company in 1993 to facilitate the bank's philanthropic housing and education initiatives. Its purpose is to have a positive impact on the people and the communities primarily by supporting education, neighborhood restoration, and affordable housing. Since 1993, the Liberty Foundation has raised and donated more than $1million. Learn more at http://www.libertybank.net/about/liberty_foundation.cfm
Sponsorships and tables are available; please call UNCF at (504) 581-3794 or Liberty Bank at (504) 240-5161.