HipHopClub.Biz Revamps Website with a New Editor and Focus on Hip Hop Culture

Marrio Grimm, music journalist and editor of HipHopClub.biz, announces that the renowned website for all things hip hop has revamped their content and look. 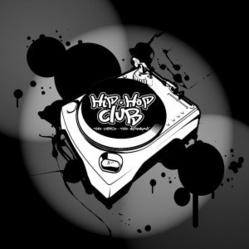 It is exciting to re-launch the site and have Marrio Grimm as the new editor. We are all looking forward to the future of HipHopClub, along with our amazing new writing staff.

Featuring artist like Kanye West, Lil Scrappy, David Banner, C-Murder, MC Lyte, and Hell Rell, HipHopClub.Biz has become a well-known resource for the most in depth and exclusive interviews, articles and web content online. On April 1st, new editor Marrio Grimm plans on re-launching the site with even more exciting features for fans and interested readers to explore.

HipHopClub.biz incorporates extensive content about emcees, DJs, breakdancing and graffiti art. These four topics are what Grimm considers to be the four elements of hip hop culture, and what visitors to the site have consistently asked for more of. The site has brought in over 25,000 viewers each month, and Grimm has decided to bring them even more of what they want through the re-launch on April 1st.

The HipHopClub brand provides hip hop fanatics with the best of the underground hip hop scene. It has been a slow year, but the company has taken the time to grow internally. Established in April 2004, HipHopClub started as an underground site maintained by cloak-and-dagger web design artists from the Midwest. The company has grown from humble beginnings to become an international success since its inception.

Wizdom, the creator of HipHopClub.biz, is enthusiastic about the re-launch. “HipHopClub (HHC) started out of nowhere in 2004. HHC has grown by leaps and bounds since then,” Wizdom says. “It is exciting to re-launch the site and have Marrio Grimm as the new editor. We are all looking forward to the future of HipHopClub, along with our amazing new writing staff.”

“I am eager to step up to the challenge of being the editor of HipHopClub.biz when it re-launches,” states Grimm. “This time around we have a dream team of top notch editorial and writing staff. Sweetvanilla and Tucker Booth, who cover the West Coast via L.A., are great examples of our amazingly talented new staff. We have also welcomed Jahki Ortiz from Illinois, Natural Flows from Shreveport, DJ Mista Soull from Omaha and CoCo Cherri from St. Louis.”

HipHopClub is a site for fans of the culture. The content spans from the birthplace of hip hop on Sedgwick Avenue, to the new school. There will be a forum to enable the guests and writing staff to interact and discuss topics of hip hop culture.

HipHopClub vows to promote hip hop culture in a positive way, and accommodates as an avenue for progressive underground artists.

To learn more about HipHopClub, please visit the website at http://www.HipHopClub.biz/about

Marrio Grimm will be editor of the new HipHopClub.biz, relaunching this spring.