Plaintiffs Chasen Shoopman, Sammy L. Hope, and Christopher Brown file an action to recover unpaid overtime wages and unlawful payroll deductions for themselves and other technicians who are similarly situated. 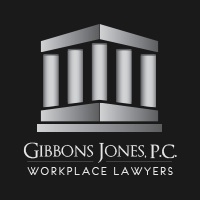 CUI installation technicians...are not paid all of the overtime they lawfully deserve.

On March 19, 2013, Plaintiffs Chasen Shoopman, Sammy L. Hope, and Christopher Brown filed an action in the United States District Court for the Southern District of Indiana against Broadband Infrastructure Connection, LLC d/b/a Communications Unlimited Indiana (“CUI”) seeking unpaid overtime on behalf of themselves and other similarly situated employees. The Complaint alleges that Plaintiffs were not paid overtime pay for the overtime hours worked as an installer/technicians, installing cable, high-speed internet, and telephone services. Additionally, the Complaint alleges that CUI made unlawful deductions from Plaintiffs’ earned wages.

The case alleges that CUI violated the federal Fair Labor Standards Act and Indiana state law, and was filed on behalf of current and former installer/technicians who work or have worked for CUI. Plaintiffs allege that they and other installer/technicians were not paid properly for the overtime hours they worked under the piece-rate payment scheme the company uses to compensate its technicians. The Complaint also alleges that CUI made unlawful payroll deductions for missing equipment, damage claims, billing escrows, as well as advances for computers, tools or fuel.

Plaintiffs’ attorney Phil Gibbons stated, “CUI installation technicians work long hours each week, but are not paid all of the overtime they lawfully deserve. To make matters worse, their paychecks are subject to weekly deductions that violate Indiana law. We intend to help CUI employees recover all of the wages they are due under the law.”

Individuals may find additional information at http://www.gibbonsjones.com or by calling Gibbons Jones, P.C. at 317-706-1100.