Can Science Really Get You Laid? The Shocking Truth About Dr. David Tan's "Desire System"

Dating coach Dr. David Tan released a controversial new secret that has some women outraged, and men swearing by his "system" for seducing women. 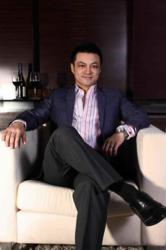 Dr. David Tan is the mastermind behind the Desire System

"In today's progressive society, it’s a step back to give men this much power."- Susan Vasquez

Dating coach Dr. David Tan recently made a new scientific discovery about female psychology that many modern women consider an outrage. This system, called The Desire System, delves into a formulaic approach to getting laid based on a psychological breakthrough called "emotional contagion".

Tan made a name for himself as the founder of the world's largest dating academy: Aura, which is based in Singapore. And after years of research and testing he decided to release his Desire System to to 500 men for the first time, just days ago.

David Tan climbed the ranks of the world's top dating coaches through a popular blog, which focused on the topic of getting men laid. So it's no surprise that he's already a controversial figure.

But some may argue that his new system, the Desire System, takes things too far. While the system helps men get laid, many women claim that it's borderline manipulative because it only focuses on a woman's "emotional brain".

Susan Vasquez, CEO of a popular women’s rights group, managed to get her hands on the system and said, “after reviewing the system, it’s clear that these tactics target a woman’s ‘emotional brain’, not her thinking brain. Dr. David Tan even states it. And when you bypass the logical brain, the possibility for one-sided relationships exists. In today's progressive society, it’s a step back to give men this much power.”

Men on his website seem to be raving about the new system. A student named Ashwin K. wrote that “I always thought I was too short and too fat... In my first months I slept with 9 girls including the girl I’ve had a crush on since high school” (To hear Ashwin K’s full review of the system, click HERE).

However, one troubling fact remains: Dr. David Tan designed the Desire System to be virtually undetectable to women. This makes it incredibly difficult to determine if a man is using it.

Whether David's intentions are benevolent or malign remains to be seen. What we do know is that there is a lot of controversy around his mission to help men get laid. And men who believe a relationship should just "magically" happen when two people develop chemistry, would be wise to avoid David's Desire System.