USA Today reports that The No More Project, an international campaign to raise awareness of domestic violence and sexual assault, is garnering national attention after introducing their symbol at a recent Capitol Hill briefing. Family law attorneys in North Carolina, including those at Miller Bowles Law, handle thousands of domestic violence cases every year, and are taking notice of this new campaign in hopes that its efforts will further educate the public on their rights regarding domestic violence. 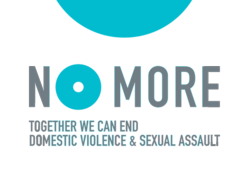 "As family law attorneys, we are very supportive of any and all efforts to put an end to domestic violence in North Carolina." - Jennifer Paternostro, Associate

On March 18, 2013, USA Today reported that The No More Project, an international campaign to raise awareness of the issues of domestic violence and sexual assault, has been garnering national attention after introducing their symbol at a recent Capitol Hill briefing. The symbol is a bold circle set into the phrase “No More”, representing the goal of completely eradicating domestic assault and abuse. Since its introduction, the symbol has been worn by Vice President Joe Biden, and has appeared on NASCAR driver Amber Cope’s car and on Law & Order: SVU. The campaign has also gained high profile sponsors and spokespeople, including Tim Gunn of Bravo’s reality show Project Runway.

Miller Bowles Law is a full-service Charlotte Family Law firm located in the historic district of Dilworth in Charlotte, North Carolina. The attorneys at Miller Bowles Law have over 15 years of combined experience in representing clients in Charlotte family law cases and family law cases in surrounding counties including Union, Gaston, Iredell, and beyond. Our mission, simply stated, is to provide the highest-quality legal representation to our clients so that each feels supported and well-prepared to face the family law court system.