The leading wholesale distributor of action sports and street wear apparel gets ready to “do work” with MTV’s Big Black. 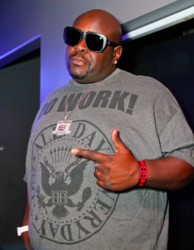 “I am really looking forward to this partnership and I think it’s going to be very fruitful for everyone involved,” Big Black said. “I really want to expand my brand overseas and One Punch has the expertise in that area."

“I am really looking forward to this partnership and I think it’s going to be very fruitful for everyone involved,” Big Black said. “I really want to expand my brand overseas and One Punch has the expertise in that area. I think it is going to be a very solid year for BB and One Punch Distribution.”

Big Black has gained significant global exposure and a dedicated fan base from his presence on MTV, and is excited to bring his brand to international fans who haven’t had access to it yet. Big Black became a household name thanks to his starring role on MTV’s Rob & Big, as well as his appearances on Fantasy Factory.

“BB is a lifestyle brand, it’s about doing work and I represent the ‘Do Work’ generation,” he said. “A lot of people think that the Double B (BB) brand is for big dudes only, and that is so untrue, it’s a myth. I just want to let everyone know that the BB line is not a big dude brand; we are an every-dude and every-female brand. Everyone can wear BB.”

The BB line will be utilizing all avenues of merchandising, and will include men’s, women’s and youth products—from hats and t-shirts to shoes and other accessories.

“We will be managing his website, distribution and leveraging his star power to really drive the brand,” explained One Punch founder and CEO, Luke Burrett. “The television exposure we get from Big Black is a marketing component that really puts us ahead of the game to sell his products.”

“We are excited about re-launching this brand and we are doing a lot of work to really take things to the next level,” Burrett said. “We will be coming out with new designs and the BB fans will be getting access to new products more frequently. Our One Punch customers will be getting a more diverse product portfolio.”

Big Black will also be appearing on upcoming episodes of Rob Dyrdek’s video clip show, Ridiculousness, also on MTV, and is working on a series of independent webisodes entitled Blabs and Abs—a story about a guy with a gut and a guy with a six-pack.

“The BB line has never been outside of the U.S.A. so we are looking forward to taking this brand internationally and globally,” Burrett concluded.

About One Punch Distribution
One Punch Distribution Inc., distributes the coolest, must wear, gotta have now lifestyle and action sports apparel. Our passion is to run a kick-ass company that does the right thing for our customers everyday. The One Punch family of brands includes: TapouT, Jaco, Tribal Street Wear, Panic Switch Army, Gasoline Girl, Anti-Human and BB.