Heartland Institute experts react to the inclusion of the Marketplace Fairness Act to the budget resolution in the United States Senate. 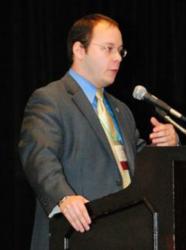 The Mainstreet Fairness Act is not about leveling the playing field, it is about the federal government expanding states’ ability to impose taxes outside of their borders regardless of physical presence.

The United States Senate today is voting on the 2014 budget proposal with a lengthy open-amendment process known in Washington as “vote-a-rama.” Among the amendments expected to be attached to the budget is one by Sen. Mike Enzi (R-WY) that would approve the Marketplace Fairness Act, a measure that would allow states to collect sales tax on Internet purchases.

The following statements from tax experts at The Heartland Institute – a free-market think tank – may be used for attribution. For more comments, refer to the contact information below. To book a Heartland guest on your program, please contact Director of Communications Jim Lakely at jlakely(at)heartland(dot)org and 312/377-4000 or (cell) 312/731-9364.

“Today’s vote shows that many so-called fiscal conservatives have decided it is better to cozy up to big business than defend small businesses from an ever-encroaching government tax regime. This is a dream proposal for big-government advocates because it lays the foundation for a whole host of new taxes in the future.

“The Mainstreet Fairness Act is not about leveling the playing field, it is about the federal government expanding states’ ability to impose taxes outside of their borders regardless of physical presence.”

“Passage of this measure would be another step on the road toward government encroachment into everything we do, as well as a means for states to turn retailers into tax collectors, regardless of where the retailers are located. Several states don’t even have sales taxes, but online retailers in their borders would have to start collecting sales tax for all the other states.

“Ultimately, the Marketplace Fairness Act is about government control. The more money government takes from us, the more control it has over us.”

“Any time a government bill includes the word ‘fairness’ in the title, you had better hold on to your wallet. Looks like another special-interest bill promoted by intrastate businesses at the expense of out-of-state companies and the consumer. The result will be a reduction in trade and an increase in revenue going to the government. The net effects are an example of a ‘negative sum’ policy.”