Viva Editions: Books for Inspired Living's Gerald Nicosia Helps Bring New Life to the Beatniks with his involvement in On The Road the Movie 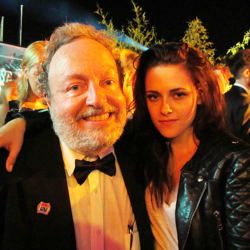 Gerald Nicosia's latest addition to Beat history could not be more timely. The paperback edition of One and Only: The Untold Story of On the Road comes just in time for the release of the On the Road movie, which started showing in theaters on March 20. Nicosia's One and Only will be receiving the prestigious Acker Award, an accolade for achievement in the avant-garde.

Nicosia was recently profiled in an interview with the Pacific Sun. He describes what he calls "beatnik bootcamp," the process of educating the On the Road actors (like Kristen Stewart), about beat culture. According to Nicosia, the young stars were all avid learners, "really hungry to learn." He theorizes about the widespread and continued appeal of the Beats, claiming that "the Beat Generation will always live on in the human heart."

Join Nicosia for his upcoming presentations:

Gerald Nicosia's biography of Jack Kerouac, Memory Babe, won the Distinguished Young Writer Award from the National Society of Arts and Letters while still a work-in-progress. It remains widely regarded as the definitive work on Kerouac. Also the author of Home to War, Nicosia lives in Corte Madera, CA.