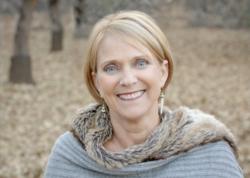 We are very excited about this event. It’s wonderful to see how many people have come together to celebrate and honor Colleen and the cause that was so close to her heart. Colleen's Dream Foundation President Billy Cundiff.

“We are very excited about this event,” says Cundiff. “It’s wonderful to see how many people have come together to celebrate and honor Colleen and the cause that was so close to her heart.”

According to Cundiff, the Foundation was started in 2012, five years after his mother-in-law, Colleen Drury, was diagnosed with late-stage ovarian cancer. Through her journey fighting her cancer, Colleen and her family’s eyes were opened to a new world filled with invasive surgery, harsh chemotherapy, and lots of uncertainty.

“Ovarian cancer is often referred to as “the silent killer” because many women do not discover their disease until it is in the late stages,” says Cundiff. “This leads to many women succumbing to the disease within a short period of time. Unlike cervical or breast cancer, ovarian cancer does not have a standardized early detection procedure. The goal of Colleen’s Dream Foundation is to change that.”

According to Cundiff, fundraising events, like Colleen's Dream Ride being hosted by RIDE AZ PROMOTIONS will be important to that effort.

RIDE AZ PROMOTIONS is group of local motorcycle enthusiasts in Arizona who host three to four charity events each year. It was started by Dave Six and Cory Donaldson after Six lost his younger brother to melanoma.

“Colleen’s brother Kevin asked if we would do an event for Colleen’s Dream Foundation,” says Six. “We ride with Kevin and we thought this was a great project to support.”

Kevin says he started riding motorcycles because of Colleen, and that is a gift from her he will have forever.

“I started Colleen's Dream Ride because Colleen is my sister,” says Kevin. “Colleen had a bucket list. And one of the items on her list was to conquer the fear of riding because she thought she needed wind therapy. So she bought a motorcycle. She was not going to let this disease stop her from her list.”

“So my two brothers and I just had to get one as well,” says Kevin. “We often rode with Colleen on charity bike runs. Colleen's Dream Foundation was her idea how to give back to the community by funding early detection research for ovarian cancer. This ride is my way to keep her dream alive.”

Like Kevin, he says Colleen’s Dream Ride is important to him because after her first treatment for her cancer, Colleen said she wanted a bike.

“I told her all the brothers would buy a bike and we could ride every week,” says Tim. “Colleen was the first to buy a bike, then she took lessons and then she got her license. She was always the leader and the inspiration in getting things started. So of course my brothers and I had to get some Harleys and cruise the open road. Little did we know at that time, those rides would be some of our best memories.”

Colleen’s brother Jeff echoes his two brothers' sentiment on Colleen's love of riding and why Colleen’s Dream Ride is so important to them. He says if Colleen was at this ride, she would have been tremendously grateful for all those who were participating.

“This ride, and the participation by all the fans of my sister, is truly inspiring,” says Jeff. “When my sister Colleen was first diagnosed with ovarian cancer she had many things to accomplish and riding a bike was one of them. Accomplishing this task and having great pleasure while riding with her brothers, daughter and son-in-law was a source of relief and great joy. Having such support, for a cause she believed in so deeply, is tremendous."