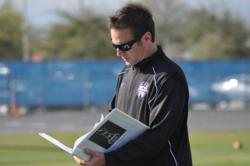 We had a very solid turnout by NFL teams.It is very hard to get a workout in the NFL and these athletes had an opportunity to get worked out by several teams at the same time. Michael Husted.

The performance results of the kickers, punters and snappers, who attended the 2013 Husted Kicking Pro Camp last week, have been posted at Husted Kicking.com according to kicking coach Michael Husted.

With over 80 kicking specialists competing, and around 15 NFL teams represented, Husted says the camp was a great success.

“Our Pro Camp this year was very successful,” says Husted. “The professional approach by everyone made the week very effective. Our coaching staff provided experience that cannot be matched at any camp. We feel that we provided everything possible to help these aspiring professionals the best opportunity to get better and position themselves for a chance to play in the NFL.”

Husted notes the importance of the Husted Kicking Pro Camp when it comes to being seen by NFL teams.

“We had a very solid turnout by NFL teams,” says Husted. “It is very hard to get a workout in the NFL and these athletes had an opportunity to get worked out by several teams at the same time.”

Retired punter Craig Hentrich, who played in the NFL for 17 years, coached at the camp and said the specialists performed well, even in the midst of a sometimes challenging environment.

"Consistently windy conditions made it tough for this year's campers at Michael Husted's Pro Camp,” says Hentrich. “With the opportunity to kick/punt for numerous NFL coaches and scouts, these kickers/punters had to consistently show not only their physical abilities, but also the mental toughness to overcome the pressure of competition. It was a pleasure meeting and coaching these athletes, and working with the best kicking/punting coaches in the country. I am looking forward to next year!"

Retired NFL kicker Mike Hollis, who kicked in the NFL for 9 years, also coached at the event and said he was very impressed by the ‘quality’ of the specialists who attended.

“As expected, this year's Pro Camp was awesome as usual,” says Hollis. “It's very rewarding to have the high caliber of talent and humble nature of athletes that attend these events every year. These guys are very eager to learn from the best coaches in the country and to showcase their skills to the wide variety of NFL scouts and coaches!"

Dave Brader, who coaches with Husted Kicking and coached at the camp, said the specialists had to have a mental ‘toughness’ at this year’s event.

“The Pro Camp is always a little stressful for the athletes,” says Brader. “Whether it’s competing under pressure, trying to fine tune technique or battling the elements the camp will test everyone’s mental toughness and physical ability. This year was no exception as a constant cross wind forced guys to be consistent with their form. There were a lot of strong punters here and I think they all learned firsthand the importance of being fundamentally sound.”

Snapping coach Mitch Palmer, who played in the NFL from 1996-2002, coached the snappers at the camp and said there were a few specialists who were at the 'top of their game'.

“The camp this year was a huge success,” says Palmer. “The talent level for the snappers has been great for the past few years. Kyle Stelter led the group with a great camp. Kyle is very consistent and snaps a great spiral. All of the punters and holders chose him. Punting coach Craig Hentrich was very impressed with Kyle Stelter and with a young surprise Dax Delenbaugh (FSU-Draft Eligible). Overall it was a pleasure working with all of the snappers this year. I wish them all good luck.”

Go here for all the results of the Husted Kicking Pro Camp.