FuelFighter Teams with Scottish Supplier to Expand Their Delivery Range 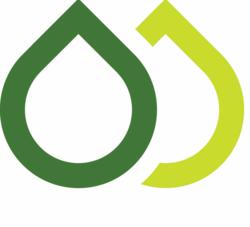 We are pleased to announce our expansion to Scotland for multiple reasons. Not only does this change affect personal and company growth, but we believe that it will stimulate local North England economy, as well as Scottish industry.

Fuelfighter, an economical fuel delivery company based in Northern England, has announced a partnership with a new supplier which will allow them to expand the company to include new delivery locations. New areas include much of greater Scotland, allowing Fuelfighter to truly be a ‘UK fuel delivery company’ with locales now including both England and Scotland. Fuelfighter is already well-known for being an affordable online fuel supplier and their tagline ’Bringing the Best Value Heating Oil Prices to the Web’ almost succinctly sums up their policies for fuel prices on the site.

The partnership with the new supply company will allow Fuelfighter to expand their delivery range to a large part of Scotland and some of the cities that can now order fuel from the website include Aberdeen, Aberdeenshire, Banffshire, Inverness, Highlands, Angus, Perthshire, Ullapool, Inverness-shire, Moray and of course the areas surrounding these cities. These areas will be able to order the full range of fuel at the same great prices that customers in North England have grown accustomed to, but from localised suppliers, so that they can take advantage of the full economic and environmental benefits.

Some of the fuel now available to local Scotland areas will include Kerosene, Derv or Diesel fuel and gasoil. These products will hold true to Fuelfighter’s standards of quality and affordability and will be procured and delivered locally, which stimulates local Scottish industry and jobs. Local fuel delivery is also more environmentally friendly with less chance of spills, less transport costs and as a result is a great deal more affordable than imported fuel, meaning that Fuelfighter will also be promoting safe and environmentally friendly fuel standards. Combined with the fact that the new expansion allows Scottish businesses and homes to purchase low cost heating fuel, Fuelfighter's new locations will benefit the area in more than one way.

Fuelfighter itself is more than pleased to expand their services to Scotland. Economic and company growth have combined to allow them to offer localised fuel delivery to a wider area. With company, economic and consumer benefits, they couldn’t be happier.

Robert Copp added, “We are pleased to announce our expansion to Scotland for multiple reasons. Not only does this change affect personal and company growth, but we believe that it will stimulate local North England economy, as well as Scottish industry, as fuel delivered in the area is being sourced locally.”

Fuelfighter's new delivery services are now live, which means Scottish homes and businesses can now order fuel from the site to be delivered from a local supplier based in Scotland. Orders are typically placed online through the Fuelfighter website and they offer five delivery options ranging from a 10 day economy delivery to next day emergency orders if ordered before 3 P.M. The same delivery options will be available for Scotland based deliveries and orders are now being accepted via the site.

Fuelfighter delivers quality, localised fuel to homes and businesses. With kerosene, gasoil and derv or diesel among their products and delivery options to mainland England, the company is already popular. Fuelfighter also offers very competitive prices for heating fuel, as well as a variety of delivery options for everything from standard to emergency delivery.