New company formation in Derby reached a record high during 2012, according to recent research by Duport.co.uk. 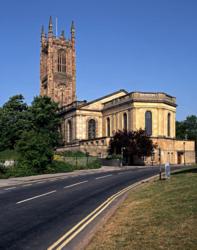 It is great to see that despite the current economic climate, people are still taking the initiative and setting up their own companies

The latest Duport Business Confidence Report contains heartening news for the local economy of Derby. Statistics published in the report reveal a record number of limited company formations in the city during 2012.

The grand total of new companies was 1900, the highest ever year on record for the area and a 14% rise on the previous year. There was also a drop in company closures over the period, leading to a healthy increase in net company growth.

The rise in company formation could be attributed to the various regeneration initiatives taking place in the Derby. The council are promoting the area to encourage inward investment and working with two Business Improvement Districts to promote the interests of the city centre. There is also a City Centre Regeneration Framework in place, which includes plans for an Olympic size swimming pool, a new arts venue and a new riverside development.

“It is great to see that despite the current economic climate, people are still taking the initiative and setting up their own companies. An increased number of businesses in Derby will broaden the economic base, and hopefully strengthen the local economy in years to come.”

The full report, which contains further information and data on the city, can be viewed at http://www.duport.co.uk/derby.

Duport Business Confidence Report are generated and released by Duport Associates Ltd. The data contained in these reports is assimilated and analysed by Duport using public record data from sources including Companies House, Office for National Statistics and Ordnance Survey. Duport Associates Ltd is a leading UK company formation agent, established in 1997 and registering around 10,000 new companies each year through its Companies House approved software.