Waterfront Properties Advises Sellers To Act Sooner Rather than Later 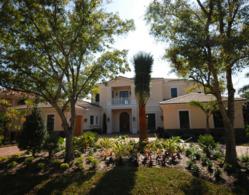 A home for sale in Jupiter

Waterfront Properties and Club Communities has seen market improvements in South Florida and respectable upticks in the costs of homes for sale in Jupiter and in other municipalities in northern Palm Beach County.

One quarter of the nation’s homeowners believe the time is right to sell, according to a recent survey by federal mortgage lender Fannie Mae. The one-out-of-four number represents an 11-percent increase from 2012.

Such consumer confidence has industry analysts projecting price increases in 2013, to the tune of more than 3 percent during the next five years. Fiserv Case-Shiller, a financial-services and financial-technology provider, said the boost in home values, while slightly reminiscent of the bubble year of 2006, is healthy and “normal,” according to David Stiff, the company’s chief economist. Analysts at CoreLogic are reporting prices have climbed 8.3 percent between December of 2011, and December of 2012, the latest period for which statistics are available.

Waterfront Properties and Club Communities has seen market improvements in South Florida and respectable upticks in the costs of homes for sale in Jupiter and in other municipalities in northern Palm Beach County. Waterfront Properties’ team of sales agents specialize in individual neighborhoods and developments from North Palm Beach to Stuart and have watched their real estate revive itself and their markets become more favorable to sellers.

When hired to sell a home, Waterfront Properties’ agents use their expert skills and follow a list of tried-and-true strategies, including analyzing recent home sales and factoring in market conditions in an effort to attain the perfect asking price. Waterfront Properties agents also review each home’s online profile and make sure the property is represented visually, with multiple images, and in the most appealing manner with no glitches.

Oftentimes, online mistakes will make or break deals on gorgeous homes for sale on the Loxahatchee River or other picturesque places that are not well-represented in the Internet.

Agents at the boutique brokerage also have an eye on timing, as timing is everything, and in most areas, now is the time to move on marketing. Waterfront Properties’ agents advise sellers to list sooner rather than later to take advantage of the atmosphere.

Sellers have the edge for several reasons, including record-low mortgage rates and a sales inventory that has dropped to 1.74 million as of January, according to the National Association of Realtors. Also, homes for sale in Palm Beach Gardens and the rest of the United States are being snapped up quickly; the median number of days a house is listed prior to its sale is 71, the National Association of Realtors reported.