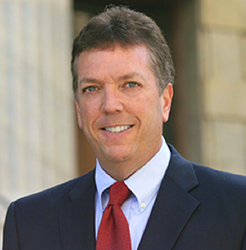 Here are the five steps recommended by the crowdfunding guru:

1.    Thoroughly think the project and rewards through before launch. Look at other similar successful crowdfunding projects and see what they did. Learn from their successes, and use them as inspiration. Have friends and family review what the plan and get their input. Make sure there is a compelling story, something people will care about, and rewards that people will want.

2.    List and define your network. People who do not have a network of potential supporters before they try to crowdfund a project have a lower chance of success. Crowdfunding projects are not like the baseball field in Field of Dreams. Just because someone builds it, they should not expect that people will come and give them money. A crowdfunding project must be promoted to friends, family, co-workers, social media networks and everyone possible, for it to be successful. Before launch, go through all Facebook friends, Twitter followers, e-mail lists, phone contacts, and anyone other contact. List them all, and categorize them so to be able to market to them appropriately. The pitch to a family member will be different than the pitch to an acquaintance on Facebook.

4.    Research blogs, media and other sources of publicity. Get the names and contact information for bloggers who might write about the project, and reporters or others who might be willing to provide media coverage. Write a short e-mail, or a press release, and have it ready to deliver to them on launch day.

5.    Before launch, write every Facebook post, every Tweet and every e-mail that will be sent to each segment of the network. Create a schedule so that every day of the crowdfunding project, the schedule says exactly what to post, tweet or send. Having this step out of the way before starting allows the focus after launch to remain on the tasks that require time during the project, like media attention, requests from donors, and getting rewards out.