With recent media reports suggesting that childhood obesity is increasing, Yourwellness Magazine debated whether or not parents should put their children on a diet. 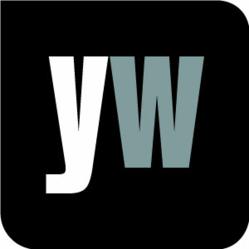 I think it can be really harmful to talk to young children about diets and body shape. It may make them obsessive about food, which could lead to an eating disorder.

Parents want the best for their children, but for different parents this means different things. Some want their children to have whatever they want, whereas others are concerned that sweet treats could cause weight gain, and all the health and self-image issues that come along with that. But should parents control children’s weight and lifestyle choices until they learn to do so themselves, or is it better to just let kids be kids?

With recent reports from the media suggesting that childhood obesity is on the rise, Yourwellness Magazine asked its readers; Should You put your Child on a Diet? Those on the “For” side of the debate argued that other children can be cruel, and so parents don’t do their kids any favours by letting them put on weight and then sending them off to school to be teased and even bullied. However, those on the other side of the debate asserted that children tend to lose puppy fat naturally, and focusing on losing weight can affect their life-long relationship with food.

For reader Tanisha, when she could tell that her overweight 10 year-old daughter was upset about being bigger than all her friends, it was time to take action and go on a mother-daughter weight loss programme. “By planning out meals together, I was able to supervise exactly what she ate. It gave me the opportunity to teach her about healthy foods, and help motivate her not to return to the sugary snacks she loves. Every Friday, we weight ourselves and if we’ve hit our target for the week, we reward ourselves with a trip to the cinema or some new clothes.”

Yet, Gillian point forth the point that it’s really sad to see young people obsessing about looking good. “I think it can be really harmful to talk to young children about diets and body shape. It may make them obsessive about food, which could lead to an eating disorder. It’s far better to encourage children to feel happy and confident in themselves, whatever their shape happens to be.” She added that if her children were putting on weight, she wouldn’t tell them that they needed to drop a few pounds, but instead make the whole family adopt a healthier lifestyle.

Visit the gateway to living well to vote: http://www.yourwellness.com