A first-time novelist transforms her curiosity about slavery in Colonial America into a compelling story about love and rebellion in this new book released by Dog Ear Publishing. Set against the backdrop of history, it tells the story of a runaway slave and those whose lives are intertwined with hers. 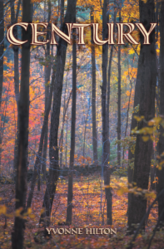 A first-time novelist transforms her curiosity about slavery into Colonial America into a compelling story about love and rebellion.

A desire for liberty spans across time, race and gender. This new novel, set in the 1700s in West Africa, eastern North America and the British West Indies, centers on a runaway slave woman trained to use herbal medicine and in African religion who joins a group of American Indians fighting to keep their land. The book highlights a quest for liberty among blacks, American Indians and whites. Defying masters in loving whomever they please, whites, blacks and American Indians rebel against society by falling in love.

In “Century,” the spirit world influences lives just as society’s pressures and laws do. Anika’s mother, the result of the marriage between a black slave and a white indentured servant, sacrifices to save her family. As tensions mount in the years before the Revolutionary War, Tory sympathizers head back to England to wait out the conflict, changing lives forever. Death and separation bring pain but also the chance for Anika and her son to escape and begin a new life. Anika’s first husband, a slave taken from Africa as a boy, introduces her to the spirit world, an act that eventually allows her to fulfill her destiny. Anika, now a shaman for an isolated Unkechaug village on the run from Long Island, finds herself telling a visiting chief the tribe’s history, which is intertwined with her own. Equal parts love story and rebellion, this engrossing, detail-rich novel offers a glimpse into Colonial life for slaves, freedmen and American Indians, told from their point of view.

This is the first novel for author Yvonne Hilton, who lives in New York City’s Brooklyn borough. Hilton’s love of history and sense of intrigue about slavery in Colonial America led to research in New York, Virginia, South Carolina and Connecticut. Armed with details from an urban anthropologist about day-to-day living by those who were enslaved in the 1600s and 1700s, she was able to locate fictional events in actual locations. She also explored the history of Long Island American Indians, including their relationship with runaway slaves from New York City and nearby farms.
----------
For additional information, please visit http://www.newworldnovels.com.