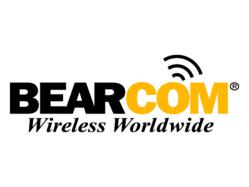 The thing that makes our branch network so effective is our people—people like Paul Moore and Rick Watson.

BearCom, a nationwide provider of wireless communications equipment and solutions, today announced the promotion of Paul Moore to Eastern Regional Director and the hiring of Rick Watson to replace Moore as General Manager of the company’s branch office in Atlanta.

In his new role, Moore will be responsible for all the branches in BearCom’s Eastern Region, which stretches from New England to South Florida. Based in Atlanta, he will report to BearCom’s President & CEO, Jerry Denham. Watson will succeed Moore in Atlanta, where BearCom is a leading wireless communications provider to the hospitality and education industries, and last year supported a large-scale expansion at Hartsfield/Jackson Atlanta International Airport.

“Paul Moore has been an agent for change for some of the most recognized names in American business,” Denham said. “His experience in strategic planning, market development, and sales team development make him an excellent choice to lead our Eastern Region.”

Watson began his career in wireless communications more than 25 years ago as a Sales Account Executive for Motorola and was promoted up through the ranks to the position of Director of Sales Distribution in Atlanta. He went on to become the Regional Director of Sales for Teligent in Atlanta. After stints with automotive and construction companies, Watson returned to the wireless industry.

“Rick Watson has a strong background in sales, territory management, and complex negotiations,” Denham said. “He’s shown he can build teams and get results. He’ll be a great leader for our Atlanta branch office.”

The Atlanta office is one of 26 BearCom branches located across the country. The branch network not only makes BearCom America’s only nationwide dealer and integrator of wireless communications equipment, it places expertise in two-way radio rentals, sales, and service close to the people who need it.

Denham noted that BearCom has been careful to locate branches in high-growth areas, and that strategy was highlighted by a recent ranking of the nation’s fastest-growing metro areas. Of the 10 fastest-growing metro areas in the country, BearCom has a presence in nine. “The growth leader is Dallas, where BearCom has its headquarters and fulfillment and support center,” Denham said. “And, we have branch locations in the metro areas centered on Atlanta, Houston, Los Angeles, Miami, New York City, San Francisco, Seattle, and Washington, DC.”

“The thing that makes our branch network so effective is our people—people like Paul Moore and Rick Watson,” Denham added.

BearCom provides a broad line of high-performance wireless communications products, services, and complete mobility solutions. Founded in 1981, BearCom is America's only nationwide dealer and integrator of wireless communications equipment, serves customers from 26 branch offices located throughout the U.S., has several affiliated offices around the world, and employs approximately 400 people. BearCom is headquartered in the Dallas, Texas area. For more information, visit http://www.BearCom.com.