Most awarded female vocalist in contemporary Christian music history brings a cavalcade of hits to the Central Valley. 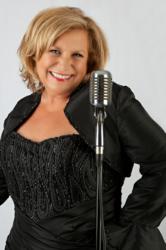 Patty's concert at the Gallo Center will focus largely on her Christian music repertoire, but fans can expect her to include favorite some pop standards and Broadway show tunes.

With forty Dove Awards, Patty was inducted into the Gospel Music Hall of Fame in 2004 and as an Indiana Living Legend in 2007. She has released over 30 albums, including "The Edge of the Divine," which received a GMA Dove Award for Inspirational Album of the Year in 2010.

Patty became an overnight sensation with her rendition of "The Star Spangled Banner" during the re-dedication of the Statue of Liberty in 1986. Her version of the national anthem has become synonymous with patriotic celebration, including performances at “A Capitol Fourth” with the National Symphony, the Pan American Games, the Indianapolis 500, the Dedication of the Francis Scott Key Memorial in Washington, DC, the Dedication of Camp David Chapel, and ABC’s Fourth of July Special.

While her 30-year career is heavily rooted in the gospel music industry, Patty in more recent years extended her career outside the genre. She has performed with symphonies across the country, including the New York Pops, Boston Pops, Cincinnati Pops, Dallas Symphony, Baltimore Symphony, Houston Symphony, and Oklahoma City Philharmonic. Her first Pops album, “An American Songbook,” was recorded with the London Symphony Orchestra.