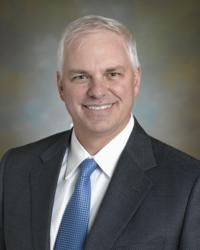 Brian brings to his new role exceptional experience and leadership in the fields of engineering and manufacturing.

Prior to joining High Steel Structures (HSSI), LaBorde was general manager at Greenbrier Companies in Lake Oswego, Ore., where he was responsible for its rail car fabrication operation in Monclova, Mexico. LaBorde led the establishment of the manufacturing operation in Mexico, going from startup to more than 2,000 employees, and the production of four freight and tank product lines. He also served as vice president of engineering with Hennessy Industries, a subsidiary of Danaher Corporation, one of the world's foremost after-market manufacturers of wheel-service equipment.

"Brian brings to his new role exceptional experience and leadership in the fields of engineering and manufacturing,” said Jeffrey Sterner, president and chief operating officer of High Industries Inc. “We’re very pleased to have him join our team,” he added.

LaBorde succeeds Sterner, who was appointed to his current position in 2012 and previously had served as president of HSSI since 2005.