Beecher Brewing Company today announced plans for a new microbrewery in downtown Fort Myers, Florida. The microbrewery will be the first in the greater Fort Myers' area and will serve high-quality craft beers accompanied by food selections that complement the beverages. 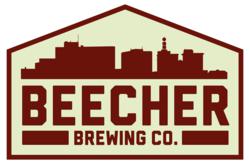 Beecher Brewing Company today announced plans for a new microbrewery in downtown Fort Myers, Florida. The microbrewery will be the first in the greater Fort Myers' area and will serve high-quality craft beers accompanied by food selections that complement the beverages. The brewery will be located in the historic McCrory Building at 1525 Hendry Street, in close proximity to the waterfront. The 3,500 square feet facility is expected to be completed in August and a grand opening is planned for later this year.

Bill Frazer, the founder of Beecher Brewing Company, is engineer turned beer brewer and entrepreneur. After spending more than a decade in the automotive industry working for companies such as Saleen, Fisker Automotive and CODA Automotive, Inc., the Florida native now turns his engineering abilities toward craft brewing. His interest in brewing began as a hobby years ago when he started crafting beer with friends, and quickly turned into a passion as he perfected various beer recipes. Early in 2011 Bill made the decision to open a microbrewery and began researching the options.

Bill commented, "It's amazing how well engineering skills translate into fine beer brewing. The attention to detail required and the equal importance of technical and creative skills are all key components of both successful engineering and brewing. I am excited to bring great beer to the Fort Myers area. Great beer is for everyone and I'm thrilled to share it with the people.”

Beecher Brewing Company plans to have 25 craft beers on tap, with an average of six brewed onsite, and a regularly rotating schedule of beers based on seasonal demand. The brewery will include a three barrel system, capable of brewing 90 gallons at a time. Food menu options will include chef selected appetizers and small dishes recommended to complement each of the beers. Further, Beecher Brewing Company expects to employ at least seven people initially and add more as the business grows.

About Beecher Brewing Company:
Beecher Brewing Co. was started in 2011 with the idea of a new era in craft beer brewing. By opening our doors to all the home brewers and beer lovers, we are tapping into the beer industry's greatest resource. We are providing the opportunity for the best beers to be offered on a continually rotating basis. How do we know they are the best beers? Because you told us so. Our operation practices on the fundamental concepts of the democratic society this country was founded on: a beer company of the people, by the people and FOR THE PEOPLE. We work with our beer drinkers to ensure that we offer the brews that people want the most.

The foundation of Beecher Brewing Co. is the customers themselves. It is our customers who determine our product by submitting the recipes and then voting for the best ones. By doing this, we ensure every ounce of beer that hits the shelves with our name on it is delicious.