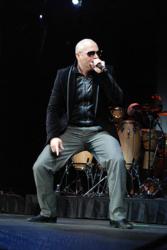 Cheap Concert Tickets announces that Pitbull and Ke$ha will be touring together during the summer of 2013. Presale tickets for this blockbuster tour will go onsale beginning on Wednesday, March 27, 2013.

Famed Miami native and rapper Pitbull has made success not just in the United States, but also worldwide in his career as a recording artist, musician, fashion icon, actor and businessman/entrepreneur/venture capitalist. In his decade-long career, his music album sales have exceeded the 5-million mark. He has also sold 40 million copies from his singles. Pitbull has attained number one hits in the music charts of more than 15 countries. His previous world concert tours have achieved sold out status in countries such as Latin America, Europe and in Canada as well. He is set to team up with Ke$ha for a North American Summer Tour in North America along with some shows in Australia and Japan.

Ke$ha, is also a recording artist who has made waves with her debut single “TiK ToK” and album "Animal" back in 2010. Her single included her in the Billboard’s Hot 100 Artist list and the single was also Billboard’s number one Hot 100 Song. This song achieved so much success and has received accolades including the biggest-selling digital single all over the world. She had gone all over the globe during several concert tours and has played in more than 200 live music performances. Some of her accolades include the Best New Act at the MTV Europe Music Awards in 2010. She had two nominations at the AMA (American Music Awards), six from the Billboard Awards and three from the Video Music Awards of MTV. Ke$ha has sold more than 27 million copies of her tracks in the US and more than 34.5 million all over the world. Her first album, "Animal," received various Gold to multi-Platinum certification in 15 music markets. She had the largest selling debut album in the United Kingdom in 2010.

These international music icons and sensations, Pitbull and Ke$ha, have just announced their summer concert tours in North America. They will be sharing the stage as the main performers. Pitbull and Ke$ha will kick off their tour on the 23rd of May at the Comcast Center in Boston, MA. Currently, there are 22 confirmed dates in different cities throughout North America. The last confirmed tour date is on the 30th of June at the Marcus Amphitheatre in Milwaukee during the annual Summerfest celebration. The additional acts for Pitbull and Ke$ha's concert tour are Justice Crew and DJ Jump Smokers. Tickets for the concert tour will be available to the public starting on 29th of March.

Below is Pitbull and Ke$ha's 2013 Concert Tour schedule:

CheapConcertTickets.me delivers tickets to sold out concerts and events worldwide when no one else can, and they do so at discounted prices. As a member of TicketNetworkDirect, they can guarantee the delivery of Pitbull and Kesha tickets along with tickets for The Eagles and John Mayer. This trusted ticket exchange also has a large inventory of tickets for all sporting events around the World. With CheapConcertTickets.me customer service is a priority, for more information email support(at)cheapconcerttickets(dot)me.