Wallin & Klarich defense attorney, David E. Wohl, helped his client get charges for a hit and run dismissed after arranging for a civil compromise with the owner of the vehicle that the client hit in the accident (California Penal Code 20001, 20002) 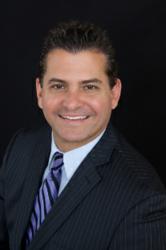 I always think “outside the box” for my clients. If there is an unconventional way to get the very best results for anyone I represent, you can be sure I will do it

A Wallin & Klarich client recently had charges for a hit and run dismissed and will not face a sentence of one year in jail. The client was represented by experienced California criminal defense attorney David E. Wohl, who assisted the client to reach a civil compromise with the other motorist involved in the accident.

“I always think “outside the box” for my clients. If there is an unconventional way to get the very best results for anyone I represent, you can be sure I will do it,” said Mr. Wohl.

The client sought the assistance of Mr. Wohl to defend him against the hit and run charges; despite the prosecutor’s insistence that the client plead guilty and be put on probation, Mr. Wohl took a different approach, according to court documents. Mr. Wohl was aware there was another option available to the client that would result in the dismissal of the charges: a civil compromise. A civil compromise requires that the person injured appear before the court and acknowledge that he or she has received full compensation for the loss or injury. In addition, the person injured must indicate to the court that he or she does not desire to prosecute the person accused of the crime. If the court is satisfied with the terms of the compromise all of the charges will be dismissed. Importantly, there is no requirement that the prosecution consent or agree with the terms of the civil compromise.