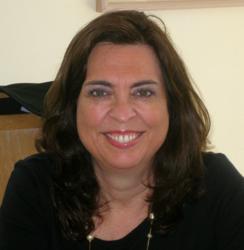 "We are happy to accommodate all of our customers, including our utility and railroad customers who have requested we obtain the WBE certifications" said Elaina Jackson, President & CEO (pictured)

Jackson was appointed as President and CEO of PWP in April 2012 after the death of her husband and PWP founder, Richard “Dick” Jackson in March of 2012. Prior to this appointment, Mrs. Jackson had been the company’s Chief Operating Officer since 2000, where she was responsible for managing the day-to-day business operations. Jackson has a BA in Journalism from Humboldt State University, and attended Golden Gate University’s graduate school studying finance. She worked for over 13 years as a commercial banker, where she met her late husband about 30 years ago. She also worked for over five years as the President and shareholder of Marzetta Signs, a mail-order manufacturer that was sold to a competitor in 1999.