Tamils to Obama: Thank you for UNHRC Resolution, but More Needs to be Done

Tamils for Obama, a group of politically active Tamils in the US, wrote to the president thanking him for his and the state department's perseverance in pressing the resolution, but then notes that it falls short by asking the Colombo government to investigate itself. 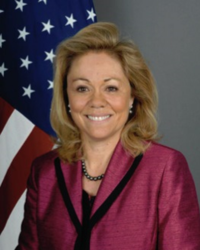 "Nothing except an international investigation is likely to produce an acceptable result, the letter concluded."

The US recently offered a resolution at the United Nations Human Rights Council meeting in Geneva calling for the Rajapaksa government to investigate war crimes committed during the recent Sri Lankan civil war.

Tamils for Obama thanked the president for the US's perseverance in offering this resolution, which is almost identical to one the US offered at last year's UNHRC meeting.

"The world community is always vocal in its support of justice and human rights in the most general way, but timid and reticent when the time comes to deal with specific violations and specific violators," the letter stated. Only the US, Tamils for Obama noted, has consistently denounced the crimes committed against the Tamils in Sri Lanka.

"We see this and we are grateful for it," said a spokesman for Tamils for Obama. " We think it is a good idea to internationalize the issue. Saying it in public, like at the UNHRC, puts it out in front where it cannot be ignored by those who are too timid to talk about it."

The letter then notes that the resolution is inadequate because "It calls for the Rajapaksa government to conduct an investigation ... into crimes against the Tamils."
"This makes us dizzy," the spokesman said. "Having criminals investigate themselves is a topsy-turvy idea. Calling on the criminals to investigate themselves is foolish"
The letter then points out that the Colombo government is good at "delaying and avoiding any accountability for its crimes, while it continues its criminal acts."

"Regrettably, we are helping the Sri Lankan government," the spokesman said. "Calling for Colombo to investigate its own crimes just gives them another way to delay for another year."

Nothing except an international investigation is likely to produce an acceptable result, the letter concluded.