FinancesOnline.com Publishes an Article on how Financial Ruin Defined the Lives of the Richest People and Money Lessons Learned from Them

Losing money is a fact of life and every day, there are Americans who file for bankruptcy to seek reprieve from debt obligations. The article '10 Incredible Lost Savings Stories and Lessons Learned from Them' showcases varying stories of savings lost in an instant, and shares to readers some essential secrets to still emerge as the big winner in the end. 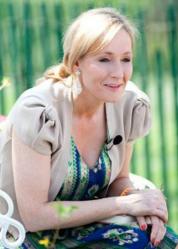 The article simply tells readers that bankruptcy can happen to anyone, but it can be prevented, and won over.

Bankruptcy lawyer John Francis Murphy estimated that about 1.5 million Americans filed for bankruptcy in 2009 before the U.S. Courts, or a ratio of 1 for every 212 Americans. He also noted that a bankruptcy filing can include a husband and wife which means that more than 1.5 million individuals actually suffered in bankruptcy that year.

Using real life stories that center around money, '10 Incredible Lost Savings Stories and Lessons Learned from Them' published by FinancesOnline.com shares to readers how best to protect their lifetime savings from threats from people and things that have vested interest on their reserved funds. The article also identifies, by way of the stories, the things that make one blindly part with their hard-earned savings, such as making uninformed decisions, getting pressured by people, unfounded trust or a naiveté that their money will never ran out.

The impact of bankruptcy in one's life depends on how much money was lost and the hard work that came with saving it. Hence, there are those whose zest for life was gone with the money, while some managed to shrug it off as one pricey life lesson. Still, whether the lost happened under a dramatic circumstance or simply a result of carelessness, losing money is not common only to average persons. Some of the most shocking tales of bankruptcy involve famous people with enough money skills or paid assistance that should have shielded them from financial ruin, but still got shortchanged or bankrupt. The article simply tells readers that bankruptcy can happen to anyone, but it can be prevented, and won over.

By highlighting the different characters, dispositions and money views in each of the big money losers featured, the article offers a glimpse on why some people emerged richer after their money fall, and why some remain stuck with just the memories of once having it all.

The article aims to help readers recognize the situations where they may be at the point of losing their savings, and guide them on how to think, act and decide based on the best interest of their future and family. More details about famous people's tales of lost life savings and lessons learned from them can be found in '10 Incredible Lost Savings Stories and Lessons Learned from Them' by FinancesOnline.com.