Pryce Warner International Group advise that expats in France are facing a large tax increase, but may be able to use their expat status to offset some of it. 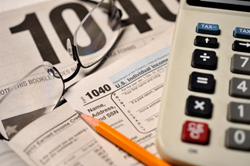 New tax rules in France will hit Expats this year

These new tax measures will affect a lot of expats living in France, but some may end up paying them unnecessarily.

As of this year new wealth tax rules will come into force. This applies to individuals with properties worth over €1 300 000 and to UK trusts. Both of these will now require a 1.5% tax.

However, expats are sometimes able to challenge or reduce these tax requirements.

The new statutory residence test from HMRC has changed to rules regarding what constitutes UK/Overseas residency. This means that if you are on the borderline you may not be liable under French tax law, or you may be able to adjust your circumstances slightly in order to become UK rather than French resident. This would only apply if you currently live in France on a limited or part-time basis.

Further investment vehicles available to expats also mean that they can place assets into trusts or similar investment wrappers that mean assets would fall under a tax authority outside their country of residence.

Pryce Warner International Group have produced a tax planning guide with advice on how to handle this.

Further, according to the Telegraph article published on the 26th of March, individuals affected by the change will also no longer qualify for previous exemptions

David Retikin, Director of Operations at Pryce Warner International Group, commented: “These new tax measures will affect a lot of expats living in France, but some may end up paying them unnecessarily. Often expats have means available to them that mean they can hold assets overseas or in some cases they may be liable under French tax regulations when they do not live in France for enough days in the year for this to be the case. Expats should speak to an expat tax advisor immediately in order to asses what they can do about these proposed changes.”