President Obama’s limo breaks down after being incorrectly fuelled. Wrong Fuel highlights how easy this is to do and how it can happen with alarming regularity. 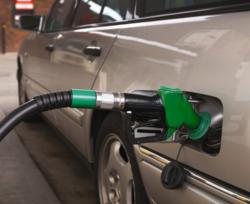 With this high profile occurrence of wrongly fuelling a vehicle, it brings how easy it is to do to everyone’s attention.

Last week President Obama’s armoured limo was brought to a juddering halt as it emerged that it has been fuelled incorrectly, as reported in The Telegraph. The limo, which is nicknamed ‘the Beast’ in reference to its protection from attackers, broke down when it was filled with diesel rather than unleaded petrol. Luckily a back-up vehicle was available and the Presidents first visit to Israel since taking office continued as planned.

As the company spokesperson has stated, "We know all too well, it is very easy to accidentally fill a vehicle with the wrong type of fuel and can be very costly should the vehicle be driven afterwards. The most common occurrence is for people to put petrol in diesel cars but sometime – like this occasion – diesel can be put into petrol cars. This isn’t as common due to the different sizes of nozzles and fuel inlets, but can be done on some vehicles."

"Around 400 people in the UK put petrol in diesel cars every day, with it being a costly mistake and ruining people’s day across the country. If a car is filled with the wrong fuel, it is best to not start the car, move to a safe place and get in touch with specialists who can remove the fuel from the vehicle without further damage to mechanical parts. If vehicles are driven after being wrongly fuelled it can cause damage to the engine and other parts, which can incur higher costs."

“With a little knowledge you can prevent more damage occurring to your vehicle if you do accidentally fill up with the wrong fuel. If you know not to move your vehicle and then get in touch with fuel removal specialists it can help protect the vehicle and save money.”

For more information on what to do when you use the wrong fuel in a vehicle get in touch with Wrong Fuel or visit their website at http://www.wrongfuel.com.