Intuitive Business Intelligence (http://www.intuitivebusinessintelligence.com), the authors of advanced business intelligence dashboard solution, Intuitive Dashboards, has been shortlisted as a finalist in two categories at this year’s Green IT Awards. 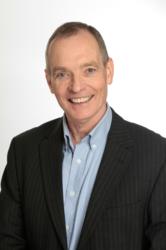 "To be shortlisted in two categories at this year’s Green IT Awards highlights our commitment to assisting businesses in meeting their green targets, while improving overall efficiency and enhancing business performance."

Intuitive Business Intelligence (http://www.intuitivebusinessintelligence.com), the authors of advanced business intelligence dashboard solution, Intuitive Dashboards, has been shortlisted as a finalist in two categories at this year’s Green IT Awards. In conjunction with Harper Adams University, Intuitive is one of five companies shortlisted for Environmental Project of the Year in the Public Sector. In addition, the company is one of eight companies shortlisted for Green IT Magazine Product of the Year. The winners will be announced at a prestigious awards ceremony taking place at The Grand Connaught Rooms, London on 9 May 2013.

Now in their fourth year, The Green IT Awards showcase and reward the technology as well as the companies and organisations that have made significant contributions to improving the IT industry's environmental performance.

Intuitive Dashboards was developed to enable organisations to minimise their environmental impact by providing an online-based reporting tool to replace the vast quantities of paper-based printed reports. The dashboard solution empowers users with a single, consolidated, real-time view of critical business information, presented in a highly visual and easy-to-understand format, combined with proactive alerts to potential shortfalls in performance against the user’s metrics and Key Performance Indicators (KPIs). Intuitive Dashboards seamlessly integrates with a myriad of systems that already exist within the organisation, allowing users to instantly monitor and manage costs, energy utilisation, recycling and carbon emissions.

To reach the final of the Environmental Project of the Year category at the Green IT Awards, Intuitive had to demonstrate that Intuitive Dashboards enables public sector organisations to reduce their environmental footprint, manage operational processes more effectively and assists in the monitoring of performance metrics against environmental KPIs. Harper Adams University use Intuitive Dashboards to monitor numerous systems including energy production from an anaerobic digester plant, energy utilisation by room, PC and printer usage, carbon footprint and recycling targets.

Tony Bray, Managing Director of Intuitive Business Intelligence, comments, "I’m delighted that Intuitive has reached the final of these prestigious awards as it recognises our dedication to developing best-of-breed business intelligence dashboarding solutions for the public and wider commercial sectors. To be shortlisted in two categories at this year’s Green IT Awards highlights our commitment to assisting businesses in meeting their green targets, while improving overall efficiency and enhancing business performance."

About Intuitive Business Intelligence http://www.intuitivebi.com
Intuitive Business Intelligence the author of Intuitive Dashboards, which brings together critical information from multiple sources, allowing business users to create and customise their own graphical, interactive dashboards. This empowers users with invaluable insight into their organisational performance, enabling them to make faster, more accurate decisions. Completely Web-based, so it can be used on-premise or in the Cloud, Intuitive Dashboards is easy to use, highly-visual and ultra-fast to implement, delivering a rapid return on investment. Customers are from both the public and private sectors and include Raleigh, Morson Group, The Queen Elizabeth Hospital King’s Lynn NHS Foundation Trust, Harper Adams University and Nottingham Trent University. Intuitive Business Intelligence is headquartered in Manchester, UK with offices throughout the UK and the US.