What do you get when you mix song writer, Vernus Engelhorn, four-time Grammy Nominated guitarist, Andy Reiss (The Time Jumpers), co-founder of Dev Digital, Mitch Ballard, and a big-@$$ Mexican feast? Fart Guitar! 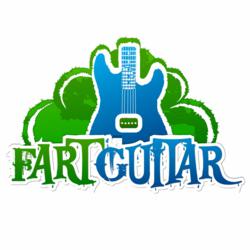 DevDigital, one of Nashville Tennessee’s leading programming and development firms, based in downtown Music City USA,, is proud to toot-salute the release of its new app, Fart Guitar.

Mitch Ballard, who previously spent nearly two decades in tour management, song writing and publishing, remembers the fateful night, “I was working on a new song with a co-writer friend Vernus Engelhorn. After a particularly large Mexican dinner, he hit a couple chords in unison: one was Vernus’ guitar and the other was Vernus’ “tuba”. The resulting chorus blew me away!”

With the help of guitarist Reiss and renowned dance producer/artist, Karius Vega, Mitch and company captured the sound of some funky rollers to get the perfect blend of trumpet and tone.

DevDigital believes it is further pushing the musical envelope in Nashville, known worldwide as Music City. Peter Marcum, Ballard’s partner commented “We’re just going to toot our own horn and see where the wind blows on this app.”

When asked about the future Ballard stated “Nashville is the capital of Christian and Country music. Could we one day be known as the capital of Fart music? Who knows where this crazy run will end? Flautu-Funk? Fartcore?”

The Fart Guitar has been 'released' on both iOS and Android platforms and are available in the App Store and Google Play Stores now.

And, to top it off, a YouTube video ‘Dueling Fart Guitars’ as just been released as well!
https://www.youtube.com/watch?v=t3FlJTDDdHQ

Fart Guitar - Why just cut the cheese when you can shred it!!! http://www.fartguitar.net