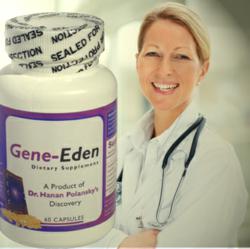 It's amazing. The very idea that so many people have no real clue as to how oral herpes is transmitted is incredible. - Mike Evans, polyDNA

polyDNA recently received answers to its monthly survey regarding the public's knowledge of the herpes virus.

One of the questions asked was, "If you have cold sores, do you think it is possible to infect others while kissing?" Amazingly, a significant percentage of the public said "No."

“If you have this sore on your lip or whatever, and it’s going away, well then it’s going away, right? Nobody wants to kiss you when you have a nasty, open cold sore where everyone can see it, but when it’s on the way out? Your body killed it, you know. It’s gone. You ain’t going to spread it to nobody.” –Shauna B., Charlotte, N.C.

The truth is exactly the opposite however. polyDNA’s survey found that the respondents did not realize that, “The virus is spread from person to person by kissing, by close contact with herpetic lesions, or even from contact with apparently normal skin that is shedding the virus. Infected saliva is a common means of virus transmission.” [1]

Additionally, the respondents had no clue that, “About 50 percent to 80 percent of US adults have oral herpes. According to the National Institutes of Health (NIH), by age 50, approximately 90 percent of adults have been exposed to the virus…The herpes lesions typically last a week to 10 days and most often occur around the lips, oral mucosa, and/or tongue.” [2]

Mike Evans, from the polyDNA said, "It's amazing. The very idea that so many people have no real clue as to how oral herpes is transmitted is incredible. The fact is though, the majority just doesn’t know."

polyDNA believes that because of the ignorance revealed in its survey, the public should be aware of the relationship between kissing and the spread of oral herpes (HSV-1). In addition, the biotechnology firm recommends boosting the immune system against a latent herpes infection through the use of a scientific, all natural remedy. That remedy is Gene-Eden-VIR.

Gene-Eden-VIR is highly effective against the latent herpes virus, each ingredient was chosen through a scientific approach. Scientists scanned thousands of scientific and medical papers published in various medical and scientific journals around the world to identify the safest, most effective natural ingredients that target the latent forms of both HSV-1 and HSV-2. [4]

[1] [2[3 [4 http://www.gene-eden-kill-virus.com/studies.php
polyDNA is a biotechnology company that develops dietary supplements using the unique scientific method developed by Dr. Hanan Polansky, which is based on Computer Intuition.