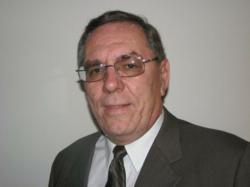 We can set and achieve many goals as a company, but our mission throughout our 92 year company history is to mission is to cultivate an environment that acknowledges the importance of giving back to the communities we serve.

First Chicago Insurance Company, Inc., through its program to donate one dollar for every new policy issued during 2012, donated close to $17,000 to the following charities: American Cancer Society, American Red Cross, Cara Program, Heifer International, Heritage Community Development and St. Jude Children’s Research Hospital. The donations were made on behalf of First Chicago Insurance Company in conjunction with several of its participating Independent Producers.

“Even during these challenging economic times, First Chicago Insurance Company, Inc. believes that it is important to honor our corporate responsibility by financially supporting a worthy cause,” stated John Gettemans, President, First Chicago Insurance Company, Inc. “2012 marked the second consecutive year that FCIC has donated one dollar to charity for each new policy written. Last year we decided to involve our Independent agent partners by allowing them to select a charity and in turn make the donation in their agency’s name.”

The FCIC management team selected the initial charitable organization participation list. Next, FCIC’s Independent agent partners were given the opportunity to choose which charitable organization they would like to support during the 2012 calendar year. By supporting a number of established worthy causes that possess a well-defined purpose, a larger segment of FCIC’s customers base could be supported.

Gettemans concluded, “We can set and achieve many goals as a company, but our mission throughout our 92 year company history remains constant. One facet of FCIC’s mission is to cultivate a corporate environment that acknowledges the importance of giving back to the communities we serve. I am proud of the work FCIC has done and will continue to do to support the endeavors of so many fine charities.”

About FCIC:
Established in 1920, FCIC is licensed in the states of Illinois, Indiana and Wisconsin. The company’s product lines include preferred and standard personal auto insurance, commercial auto insurance and artisan general liability insurance which are marketed through a network of independent insurance producers. http://www.firstchicagoinsurance.com.