2012 saw a record number of company formations in Hampshire town Basingstoke, suggesting the area is becoming a hub for business start-ups. 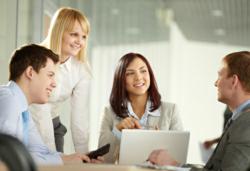 New businesses are opening in Basingstoke

The record number of companies setting up there last year can only benefit the area, serving to diversify and strengthen the local economy still further

It seems new companies are flocking to Basingstoke. New research from Duport.co.uk shows there were 834 new companies formed there last year - more than any other year on record for the area.

Company formation numbers in Basingstoke crashed as the recession hit home in 2008, but have been rising steadily ever since, suggesting the town is becoming more and more popular with business start-ups.

Factors such as proximity to London, town centre regeneration and relatively cheap business accommodation have attracted both huge companies such as ST Ericsson and Motorola, as well as the record number of new companies seen last year. Another factor attracting start-ups is the Enterprise M3 Local Enterprise Partnership, which has £10 million in funding available for Hampshire businesses.

“Basingstoke is a town has a lot going for it, with easy links to London, a broad economic base and several UK headquarters providing lots of employment.

“The record number of companies setting up there last year can only benefit the area, serving to diversify and strengthen the local economy still further.”

The Duport Business Confidence Report for Basingstoke uses data and statistics to provide an insight into the local economy. More information can be found at http://www.duport.co.uk/basingstoke.