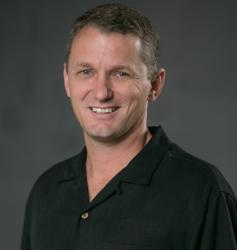 We are delighted to see that his talents, determination and achievements have been recognized by his peers and Hyatt family.

Hyatt Regency Clearwater Beach Resort and Spa proudly announces that Brian Kramer has been named Hyatt Hotels and Resorts’ 2012 General Manager of the Year in North America. Hyatt’s most prestigious individual honor was awarded to Kramer at this year’s Annual Hyatt General Managers Conference in Orlando, which was attended by Hyatt general managers and leaders from Hyatt hotels and resorts worldwide. As the highest level of distinction for a Hyatt general manager, this much sought-after title is bestowed upon the company’s top performers based on a range of criteria, including excellence in customer service, community involvement, employee engagement and financial performance.

“We are proud to congratulate Brian on receiving this most well-deserved recognition,” said resort owner Neil Rauenhorst. “His leadership and dedication have raised the bar for hospitality and tourism in our revitalized and reemerging destination. We are fortunate to have him at the helm, guiding our resort team.”

“Brian’s work has not only driven the success of the resort but also greatly benefited the area’s tourism and local community,” said Carlos Cabrera, senior vice president of field operations. “We are delighted to see that his talents, determination and achievements have been recognized by his peers and Hyatt family.”

Kramer, who was also recently named Tourism Person of the Year by the Clearwater Regional Chamber of Commerce for helping to re-launch this now world-class destination, began his career with Hyatt in 1989 at Grand Hyatt New York and has served in numerous roles at various Hyatt hotels and resorts throughout the U.S. Prior to leading the opening of Hyatt Regency Clearwater Beach in 2010, he served as general manager at Hyatt Regency Long Island. Kramer received his Bachelors of Science in hotel administration from the New York Institute of Technology. He is married with three children.

Under Kramer’s leadership, this expert team of hospitality professionals has accumulated a wealth of awards and accolades for the resort since its opening just three years ago: the prestigious AAA/CAA Four Diamond Award; four green keys designation by the Green Key Eco-rating Program; a 2013 Best of Weddings Pick by The Knot; the 2012 Brides’ Choice Award by Wedding Wire; one of Florida’s Best Companies To Work For by Florida Trend; the 2012 Impact Award Winner by Tampa Bay Businesses for Culture and the Arts; one of Tampa Bay’s Top Work Places 2012 by the Tampa Bay Times; the 2011 ConventionSouth Readers’ Choice Award; the 2011 Large Business of the Year Award by the Clearwater Beach Chamber of Commerce; TripAdvisor’s 2011 Certificate of Excellence; placement on Elite Meetings’ Top 100 Hotels List; recognition as a gay-friendly hotel by the TAG Approved® Accommodations Program; and the Metro’s Best Award in the Hot Spots to Shop, Dine, Play & Escape by Tampa Bay Metro Magazine for the past two consecutive years. The resort’s signature SHOR American Seafood Grill has also earned the Best Dessert Award at Clearwater Beach’s Restaurant Week for the past two consecutive years, the 2011 “Best of Show” at A Taste of Clearwater and Tampa Bay Magazine’s Best of Tampa Bay Award for the last three consecutive years.

Hi-res resort images and executive headshots are available upon request.

About Hyatt Regency Clearwater Beach Resort and Spa
Hyatt Regency Clearwater Beach Resort and Spa features 250 guest suites that blend tropical elegance with a luxurious, carefree experience on Florida’s west coast. Breathtaking Gulf views provide the backdrop for expansive floor plans for deluxe one- and two-bedroom suites. Each suite features fully equipped kitchens and balconies or rooftop terraces. Guests can enjoy a variety of upscale amenities at the Clearwater Beach resort such as the eighth-floor infinity pool deck with 20 air-conditioned poolside cabanas and a children’s pool area, a spa pool area on the 16th floor and multiple dining options, including the resort’s signature seafood grill SHOR. Other amenities include the eco-friendly Sandava Spa and Camp Hyatt Kids’ Club, along with 12,000 square feet of indoor and 20,000 square feet of outdoor function space for premier beachside events. Located in the “Best Beach Town in Florida” according to USA Today, the resort serves as the centerpiece of the city’s new Beach Walk, providing close proximity and easy access to a wealth of world-class restaurants, retailers and attractions.