Cayman Enterprise City sets out to attract clients in Canada and US with unique benefits package that includes tax-neutrality. 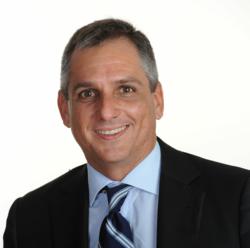 This is not a brass plate model of doing business, CEC offers a physical offshore presence and quick set up for companies trying to open up new markets.

After a successful first year as the only high-technology and knowledge-based Special Economic Zone in the America’s region, and a growing list of clients currently operating international businesses from the Zone, Cayman Enterprise City (CEC) is announcing a series of outreach campaigns to aggressively attract companies seeking to set up an offshore presence to expand and grow their businesses internationally.

CEC is targeting three key cities with concentrations of technology, media and commodities companies, which can all fit into the zone; Toronto, Canada, Silicon Valley, California and Austin, Texas. A CEC delegation will be in Toronto, April 15 – 19; in Silicon Valley, April 29 – May 3; and in Austin, May 6 – May 10, 2013.

“One hundred companies by the end of the year, including two or three major brands,” says CEO Charlie Kirkconnell of their ambitious goals for 2013. “We want to convince forward-leaning companies that Cayman Enterprise City and the Cayman islands is the place for them to be if they want to expand their business internationally – not only from a business perspective, but also from a lifestyle point of view.”

54 companies are now doing business from the Cayman Enterprise City technology cluster and Kirkconnell says they are fast outgrowing designated office space so they will soon have to secure more. CEC plans to break ground on a permanent campus some time this year, but in the interim, Class A zone-designated gateway buildings are being used to accommodate clients.

“This is not a brass plate model of doing business, CEC offers a physical offshore presence and quick set up for companies trying to open up new markets,” says Kirkconnell, addressing any misconceptions about the Special Economic Zone. “CEC effectively strips away the red tape and high costs usually associated with setting up offshore, and this is a real clincher for clients who want that quick start.”

The Cayman Islands government has granted Cayman Enterprise City unique and unprecedented concessions to arm them with the right incentives to compete globally in attracting big brands and entrepreneurial startups to Cayman. The benefits of the Zone include economic freedom in a tax-exempt environment, a 10-day streamlined setup, exemption from import duties, and the ability to have Intellectual Property held offshore.

“In today’s highly competitive culture where many jurisdictions and countries compete for the same big brand companies and entrepreneurs, CEC has to offer something special − something extra − and that is tax-neutrality,” said Kirkconnell. “It is part of the package.”

Also part of the package is a cosmopolitan lifestyle on a Caribbean island paradise located only one hour from Miami and three and a half hours from New York City. Cayman is a safe, secure British Overseas Territory with good schools, world-class restaurants, a sound infrastructure and sophisticated service providers.

In addition to the Internet, technology, media and commodities sectors, CEC is designed to also attract companies in biotechnology. The Zone’s master plan calls for a campus with 750,000 - 1,000,000 square feet of office space.

“We are building a first-rate Special Economic Zone here in the Cayman Islands and offering the best concessions available in a business-friendly environment,” says Charlie Kirkconnell. “Our doors are open.”

About Cayman Enterprise City
Cayman Enterprise City is a Special Economic Zone in the Cayman Islands, focused on knowledge-based industries, technology companies and specialized services businesses. With its own dedicated Government Authority and guaranteed fast-track processes, International companies can quickly and efficiently establish a genuine physical presence in Cayman which demonstrates substance over form. This enables businesses take advantage of Cayman’s jurisdictional benefits which include zero corporate tax, zero income tax and zero capital gains tax, along with a raft of special zone concessions and incentives. These concessions were designed to attract international companies from five specific high-tech sectors; internet and technology, media and new-media ventures, biotechnology and commodities and derivative.