Pryce Warner International Group have offered QROPS overseas pensions since their inception seven years ago and advise that there are many important new industry changes being enacted. 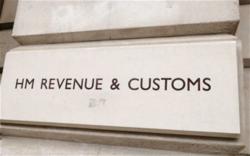 We wholeheartedly welcome the new five year rule, as it should help to strengthen client security and provider transparency

Pryce Warner International Group – UK Chancellor of the Exchequer George Osborne’s Autumn statement contained several important pieces of information on QROPS and changes that affect expats that are about to come into force.

In part due to recent QROPS industry campaigning, the Autumn Statement showed that the UK government intends to reverse their decision on the maximum drawdown rules.

The change will affect approximately 500 000 pensioners.

However, as this does not apply until the beginning of the next drawdown year, some pensioners will have to wait 14 months before being able to use the 120% limit.

QROPS providers will also now have to notify HMRC every five years that their scheme continues to meet the conditions to be a QROPS.

David Retikin, Director of Operations for Pryce Warner International, a QROPS provider commented: “We wholeheartedly welcome the new five year rule, as it should help to strengthen client security and provider transparency. Two factors than can only ensure that QROPS have a long and healthy future.”

Further changes announced in the Budget Statement may also affect some expats with pension assets in the UK.

These regulations will reduce the amount of funds that anyone with a UK based pension can save tax-free. Expats with UK based pension assets that are concerned about this can transfer these assets overseas into a QROPS.

Pryce Warner International Group have produced a QROPS guide aimed at helping expats do this.