Members of the Lexacom team will be joining solicitors, barristers and other legal professionals in a sponsored 10km walk around London to raise money for the London Legal Support Trust (LLST). 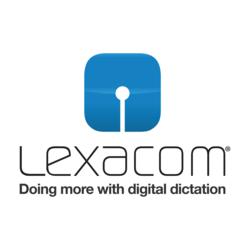 Members of the Lexacom Digital Dictation team will be joining solicitors, barristers and other legal professionals in a sponsored 10km walk around London on the 20th May to raise money for the London Legal Support Trust (LLST).

Lexacom Digital Dictation began working with the LLST over two years ago, to support the trust’s aim to make free legal advice more readily available to those who need it.

In addition to sponsoring the annual Halloween Ball, five members of the Lexacom team will be donning their trainers on 20th May to march the city streets in the hope of increasing Lexacom’s contribution to the Trust's important work.

Managing director, Andrew Whiteley, said “the LLST provides a valuable service, in promoting and providing access to free legal advice for those who need it. We’re delighted to take part in the London Legal Walk as part of our ongoing support for the LLST.”

To sponsor the Lexacom team, visit http://www.virginmoneygiving.com/team/Lexacom. Alternatively, visit Lexacom at Law Tech Futures on the 30th April to find out about our double deal to help law firms improve efficiency while supporting the LLST.

Lexacom began working with the LLST in 2011 and has continued to support the trust, through both sponsorship and use of technology.

Notes to editors
Lexacom first pioneered digital dictation software in 1997 and it is now used to create over 10 million documents a year by professionals in the healthcare, legal and financial professions.

The software enables authors to flag the importance of a dictation, while admin teams can immediately see both the priority and length of the dictation and can plan their workload accordingly.

Lexacom provides a flexible service which can be tailored to individual clients. A free, no-obligation 30 day trial is offered to all new customers and excellent support is provided by Lexacom's UK technical team.