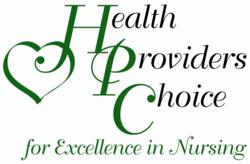 Less than one percent of all staffing agencies in North America receive the Best of Staffing award for service excellence.

Health Providers Choice announced today it has been named to Inavero’s 2013 Best of Staffing™ lists of award winners. Presented in partnership with CareerBuilder, the fourth annual Best of Staffing lists provide the only statistically valid, objective, service quality benchmarks in the industry and reveal which staffing agencies are delivering exceptional service to their clients and the permanent and temporary employees for whom they find jobs. This year’s lists highlight a growing divide among the industry’s leaders and laggards, and identifies Health Providers Choice as one of the best staffing agencies for companies and job candidates to call when they are in need.

Less than one percent of all staffing agencies in North America receive the Best of Staffing award for service excellence. Utilizing the Net Promoter® methodology, the 2013 Best of Staffing winners achieved satisfaction scores more than double the industry average. This stark contrast in scores is a clear indication that the firms who have earned their way onto the 2013 Best of Staffing lists truly stand out for their service quality. Health Providers Choice received net promoter scores of over 70 percent from Clients and over 60 percent from talent compared to the average of 68 percent and 45 percent respectively

“We are thrilled to be part of such an exclusive group of staffing firms that have been awarded both the awards for Best of Staffing Client and Best of Staffing Talent for 2013,” said Rose Torrento, President and CEO of Health Providers Choice. “That the hospitals and nurses we work with think so highly of our services is a testament to our talented staff who uphold our mission to be a service first organization.” She continued, “We will certainly live up to the high standards that these awards recognize.”

“Few things are more important to companies than the employees you hire,” said Inavero Founder and CEO, Eric Gregg. “The same holds true for candidates on their quest for employment. Staffing agencies have proven to successfully connect companies with permanent and temporary employees. Since the end of the recession, the staffing and recruiting industry has created more jobs than any other single industry in the country**, yet so many companies and job candidates don’t take advantage of this expertise and resource. Our hope is that both companies and talent use the Best of Staffing lists as a benchmark to help select a staffing agency that can either secure the talent or employment opportunity they need.”

®Net Promoter, NPS, and Net Promoter Score are trademarks of Satmetrix Systems, Inc., Bain & Company, and Fred Reichheld. Net Promoter Score is calculated by taking the percentage of respondents who, on a scale of 0 to 10, rate their likelihood to recommend the staffing agency with a score of 9 or 10 (promoters) and subtracting the percentage who rate the staffing agency a six or lower (detractors).
**Bureau of Labor Statistics