Citizenship and Immigration Canada has made this March the Fraud Prevention Month to raise awareness on fraudulent marriages for the purpose of immigration. FWCanada suggests that despite being a friendly and welcoming country on immigration, Canada should not let foreign nationals take advantage of its system. 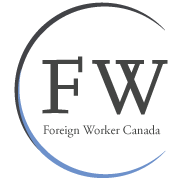 Although Canada is a friendly and welcoming country on immigration, the Canadian government should maintain a strong stance against those who take advantage of the system to protect the interests of Canadians.

Citizenship and Immigration Canada has made this March the Fraud Prevention Month. As part of his mandate to reduce immigration fraud, Minister of Citizenship, Immigration, and Multiculturalism Jason Kenney runs a campaign to raise awareness on "marriages of convenience," and implements more stringent rules on spousal sponsorships. His policies are applauded by many Canadians.

"Although Canada is a friendly and welcoming country on immigration, the Canadian government should maintain a strong stance against those who take advantage of the system to protect the interests of Canadians," says Marisa Feil, a Canadian immigration lawyer.

As part of the campaign, CIC has released a number of videos on popular sites, such as Youtube, to warn Canadians of the potential risk of being victimized by foreign nationals who "like Canada more than they like you."

Presently, some people seek entry into Canada through spousal sponsorships when they find themselves ineligible for other programs in the Canadian immigration system. They may deceive Citizenship and Immigration Canada into believing that the immigrant is involved in a genuine relationship with a Canadian citizen, setting up “marriages of convenience" for the sole purpose of immigration. Once in Canada, they may abandon the relationship and take advantage of the country’s welfare system, while holding their sponsor financially responsible for three years.

On the other hand, while many have been victimized by marriage fraud, some Canadians engage in these spousal sponsorships to profit economically from the fraudulent marriage, or even abuse the prospective immigrant. This raises some concerns. If sponsored spouses or partners face domestic violence and emotional neglect after they move to the country, are they denied of a permanent residence status and subjected to deportation? To address this problem, CIC states that sponsored spouses or partners have the opportunity to receive permanent residency if they can produce evidence of being in an abusive relationship.

CIC assures the public that its immigration officers are trained to detect immigration applications that contain fraudulent marriages. However, it also sends a clear message to those who attempt to commit immigration fraud that an individual who is convicted of this crime may face a $10,000 fine and five years in prison.

To further combat marriage fraud, CIC increases its standards on granting permanent residency to those who are sponsored by a Canadian permanent resident or citizen to come to the country. Sponsored spouses or partners are now required to prove the legitimacy of their relationships by living with their sponsors for a minimum of two years if they do not have children together.

"The best way to protect oneself is to be informed," says Kenney. " I encourage Canadians, and especially newcomers, to visit the CIC website during the Fraud Prevention Month to learn about their rights and responsibilities...so they can protect themselves [from marriage fraud]."

About FWCanada:
FWCanada is a Canadian Immigration Law Firm which provides expertise in immigration services such as Temporary Resident Permits, Criminal Rehabilitation, Study Permits and Work Permits. Marisa Feil and her team ensure that each case is closely evaluated to determine the most relevant program. For more information, contact FWCanada at 1-855-316-3555.