NAVUG Takes Over Management of ILoveNAV.com 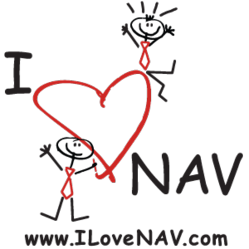 We are looking forward to bringing I Love NAV into the NAVUG Community.

ArcherPoint LLC, a Microsoft Dynamics Gold ERP Partner specializing in Microsoft Dynamics NAV solutions and upgrades, today announced that it will be transitioning management of the ILoveNAV.com website to the NAV User Group, NAVUG.

ArcherPoint started ILoveNAV.com in March, 2011 as an open forum for product suggestions. For the past two years, ILoveNAV.com has been a site where users, partners, and independent software vendors (ISVs) of Microsoft Dynamics NAV could propose product enhancements to Microsoft to be addressed immediately or included in later releases. Since that time, ILoveNAV has recorded hundreds of product ideas, many of which have been incorporated in Dynamics NAV 2013, released last October, or were developed by the NAV community members.

“We felt that our involvement was preventing active involvement by ISVs and other partners,” said Greg Kaupp, CEO of ArcherPoint. “It was always our intention that ILoveNAV.com be seen as a community site, not an ArcherPoint site. I think the combination of I Love NAV and NAVUG is a perfect fit.”

“NAVUG is excited about the opportunity to manage I Love NAV,” said NAVUG Programming & Marketing Director Trish Boccuti. “ArcherPoint has done a great job making the site a destination for users to submit ideas and changes for NAV. Once NAVUG takes over, we hope to take it to the next level by getting more partners involved in the site.”

NAVUG plans to host the I Love NAV booth at its annual NAVUG Forum to be held in Tampa, Florida, in October. “At Forum, the I Love NAV booth will be a ‘help desk’ for NAV users – staffed by NAVUG members [including end users and partners] and Microsoft,” Boccuti continued. “We are really looking forward to bringing I Love NAV into the NAVUG Community.”

About NAVUG
The Dynamics NAV User Group (NAVUG) is an association of companies sharing the common interest of optimizing their usage of Microsoft Dynamics NAV. This independent community of users offers a myriad of conferences, virtual tools, and programs to share knowledge and best practices of the product.