The first time novelist doesn’t shy away from dark and challenging subject matter in her debut. 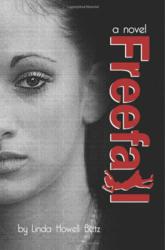 I've been in unhealthy, abusive relationships, and I struggled with addiction (long ago). I'm not afraid to put it out there. I understand the fear and hopelessness.

In a modern America in which MTV’s “16 and Pregnant” is passed off as amusing entertainment for kids and drug-fueled teen comedies abound on cable television, a deeper look at the dark side of the teen experience still finds its way through from time to time. Linda Howell Betz’s new novel FREEFALL, from Indigo River Publishing, is just that kind of book. Set in the Midwest from the late 1940s through the early 1960s—a seemingly more innocent time in American culture—the book follows the downward spiral of teenage mother Estelle Prebilica as she sinks into a nightmare of abuse, drugs, prostitution, and murder. The book is ultimately meant to be a story of maturation and redemption, but not before the young Estelle passes through a hellish labyrinth in the dark underbelly of the Midwest.

The book is fiction, but first time author Betz feels a personal connection to the subject matter in her debut. “I was an unwed pregnant teen,” she says candidly. “I've been in unhealthy, abusive relationships, and I struggled with addiction (long ago). I'm not afraid to put it out there. I understand the fear and hopelessness."

Like her protagonist, Betz is the product of an earlier generation, but she is keenly aware that the material has an almost tragic timelessness. “Society has evolved and changed,” she says, “but we still struggle with the same issues—teenage pregnancy, domestic violence, addictions and human trafficking—and the list goes on. Most people today have been touched by at least one of these issues. If not, we know of someone who has.”

Although she sheds light on cold, dark aspects of American culture in FREEFALL, Betz is keen to provide a warmer light at the end of the narrative tunnel. “Some of us have been there or we’re barely clinging to hope for a loved one,” she says. “I believe as long as there is breath, there is hope. I’m not talking about enabling a loved one. I’m talking about not writing off another human being. Hanging on to hope for someone we love can be frustrating, painful and emotionally exhausting. I realize not everyone will accept the help they need, but if they do, it can be an awesome transformation.”