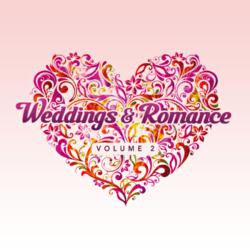 With over two million weddings each year in just the USA alone, the 40 billion dollar wedding industry has grown to include thousands of independent videographers and editors whose primary work is producing wedding videos and photo montages. Music licensing website RoyaltyFreeKings.com has amassed a collection of music aimed squarely at these wedding video producers, with dozens of heartfelt instrumental tracks designed for montages, and live renditions of wedding classics, such as: the Wedding March, Ave Maria and Pachelbel's Canon for traditional use within wedding ceremonies.

With wedding season just around the corner, RoyaltyFreeKings.com offers several hand picked albums of royalty free wedding music, including: Weddings & Romance volumes 1 and 2, three diverse "Drama - Light" albums and two "Laidback Acoustic" guitar albums. As with all the music found on the site, every track has been handpicked for quality and maximum emotional impact.

In addition to the music for wedding videos offered at RoyaltyFreeKings.com, over 1000 tracks covering a wide range of genres are available for immediate download.

In recent months, RoyaltyFreeKings.com has been busy with major under-the-hood updates in preparation for a steady stream of new royalty free albums and tracks. The considerable addition to the catalog includes a eclectic selection of new albums, including western film music, solo piano and epic orchestral trailer music, all aimed primarily at independent producers.

March has brought about a recent new milestone for RoyaltyFreeKings.com: 800,000 plays through their demo player (powered by SoundCloud.com). In their first year, RoyaltyFreeKings.com has become known throughout the world as a source of quality music. Traffic to the website and sales of the library's downloadable background music have steadily increased each month as producers from every corner of the world have learned of the music licensing website, and the strict quality control that runs through the entire catalog.

Alongside the new tracks and albums, a wide selection of free-to-use production tracks is also available to anyone working with a low to medium budget (US$250,000 or less per project). The music is immediately downloadable and ready to use. This complimentary background music section has proved to be very popular with students, educators and charities around the world. The range of styles and genres in the music given away by RoyaltyFreeKings.com include: epic dramatic orchestral, ambient piano, jazz, comedy, rock and suspense tension.

The mission of RoyaltyFreeKings.com since launching in 2012 has been to make searching for background music for video production incredibly easy and streamlined. The crowd-sourcing business model (where anyone can upload music), like that used by many competing royalty free websites, has the benefit of a rapid expansion of content. The downside is that with so many tracks being uploaded, the catalog easily gets bloated with mediocre music that does little to enhance a project, whether it's a commercial, wedding video, film or webisode. Producers looking through these crowd-sourcing music licensing websites have to spend significant time sifting through vast collections to find something they'd actually want to use, or worse - settle for something inferior just because they don't have the time to continue searching.