Director of Operations of GeneCell International, Jose Cirino, Stresses the Need for Increase in Marrow Among the Minority Community via the Breakthrough of Future Medicine, Cord Blood Stem Cells 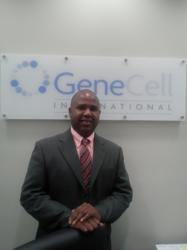 This shortage, or lack of availability, is mostly affecting patients of African, Asian, Hispanic and Native American Indian descent. I, being a minority member of this group, am very concerned by this shortage

Leveraging more than a decade of experience in the biotech industry and a founding member of GeneCell International, Jose Cirino, Director of Operations, is an industry expert for expanding awareness in the field of adult stem cells worldwide. Cirino plays a pivotal role in GeneCell International’s success, managing all operational aspects of a company that’s at the forefront of the biotech industry. While providing leadership and direction for the company, he is responsible for all strategic planning to help advance GeneCell’s mission and objectives, as well as the expansion of products, services and developments at the national and international levels. Currently, Cirino is not only working on the expansion and awareness of cord blood services, but on the implementation of other adult stem cells sources, such as umbilical cord tissue, dental pulp, and adipose (fat) tissue into other countries. He has presentation talks in the advantage of adult cord blood banking to health and biotech industry organizations, conferences and small group meetings (both English and Spanish). Cirino was a key player in the expansion of GeneCell International into Miami, Florida, as the first and only stem cell laboratory of its kind in the South Floridian market and the gateway to international countries.

Through his field of work, Cirino’s aspiration and passion is being able to assist individuals in potentially saving their life when a debilitating immune deficiency or disorder arises. Though, Cirino continuously asks himself, “Why isn't everyone banking these cells?”

His best assumption is that people are not informed about stem cell banking and what is most disheartening, some have never even heard of it. Most people are not aware they have stem cells in their body. Others believe that stem cells only come from only human embryos since this is what’s mainly discussed in politics and the news today. May this be the reason they are choosing to have no part in it and ignore it? “If so, this is not the case, these cells are found in adults and there are not controversial, moral, ethical or have any political issues surrounding them. The amazing thing about these cells, aside from their potential to treat a variety of different diseases, is that for the most part they can be harvested from the individual through relatively minimally invasive procedures and can be cryogenically frozen (at a temperature of -321 F [-196 C]) and stored for decades until a disease manifests itself or the needed for cell-based therapies arises," said Cirino.

“Due to this lack of awareness, there is a massive shortage of stem cell units stored for future treatments. This shortage, or lack of availability, is mostly affecting patients of African, Asian, Hispanic and Native American Indian descent. I, being a minority member of this group, am very concerned by this shortage.” Since patients who need a transplant are more likely to find a match within their own genetic background, Cirino adds it is important that the pool of donors reflects the overall community.

“A person’s blood stem cell type is inherited, which means a patient is more likely to find a matched donor from within their own ethnic group, more than half of cord blood donations and privately banked cord blood in the United States are from Caucasians while minorities remain underrepresented, significantly. By increasing awareness of the advantages of cord blood among minorities, there is a potential for increased access to therapies for more people.”

Umbilical cord blood preservation is a process by which blood is collected from the umbilical cord of a newborn baby and is stored cryogenically in a specially-designated bank. According to the National Marrow Donor Program, cord blood contains cells that can be transfused to a patient to treat various diseases, including lymphoma and leukemia. Currently, there are approximately 80 treatable diseases and the list of illnesses continues to grow. Cord blood is rich in stem cells and because certain immune cells found in the cord blood are not mature, there is less risk for the recipient’s immune system to reject these cells. Cord blood can be used to treat the child from whom the blood was collected as well as some first-degree relatives who are a close genetic match, such as immediate family members. Additionally, patients can get the treatment in about three weeks - as opposed to six to eight for bone marrow from an adult donor.

Prior to founding GeneCell, Cirino served as the President of the International Division to a cord blood laboratory in Boston, Massachusetts, where he was responsible implementing affiliate programs throughout various international countries. After the expansion into other countries, Cirino would manage the company owned offices as well as provide support to the affiliate offices, from Mexico and South America, to the UK and the Middle East. He also represented the company at international health and biotech industry conferences and oversaw all accounting tasks as a method of monitoring its sales projections. Cirino joined the company as the Accounting Manager, where he was responsible for all aspects of U.S. and international accounting functions. He is a seasoned accounting professional, holding various accounting positions within large companies such as Sir Speedy Printing Centers of Boston and Harvard Institute for International Development. He has served as a member within various industry organizations including the International Cord Blood Society, and New England Fertility Society, as well as participated in the International Federation of Gynecology and Obstetrics (FIGO), The Mexican Federation of Ultrasounds, The World Cord Blood Congress, Stem Cells USA-Regenerative Medicine conferences and a member of the Institutional Business Advisory Committee for the College of Business and Technology (CBT College) in Miami Florida.

In addition to cord blood, Cirino’s implementation projects of other adult stem cells sources in the U.S. and other international countries include Cord Tissue Segment, Dental Pulp and Adipose (fat) Tissue:

About Cord Tissue Segment - A gelatinous substance, which functions as the primary connective tissue of the umbilical cord and is referred to as Wharton’s Jelly. This segment contains an important amount of Mesenchymal stem cells. These cells are an excellent candidate for “regenerative medicine” and tissue engineering applications. Mesenchymal stem cells have shown great promise in the potential treatment of diseases such as heart attack, Parkinson’s disease, Alzheimer’s disease, type I diabetes, assist in bone and dental regeneration and expedite wound healing. In the past, the umbilical cord has been viewed as medical waste and discarded, resulting in the loss of this potential life-saving resource. By storing the stem cells extracted from your umbilical cord tissue segment along with your baby’s cord blood, you’ll have access to a wider variety of stem cells as new scientific discoveries are made.

About Dental Pulp - One of the major advantages one gets from harvesting stem cells from his own body is that there will be no rejection of these cells when they are harvested and subsequently re-implanted. In the future, medical researchers anticipate being able to use technologies derived from stem cell research to treat a wider variety of diseases including Parkinson’s, Alzheimer’s, spinal cord injuries, diabetes, heart diseases, liver disease, multiple sclerosis, muscle damage and many other diseases. The discovery that human dental pulp tissue contains a population of multi-potent mesenchymal dental pulp stem cells with the ability to reproduce quickly for self-renewal and the ability to differentiate into functional odontoblast has revolutionized dental research and opened new avenues in particular for reparative and reconstructive dentistry and tissue engineering in general.

About Adipose Tissue - Adipose (fat) tissue is a dynamic multi-functional tissue that is found throughout the human body. The stem cells originated from adipose tissue are mesenchymal stem cells which have the ability to differentiate into bone, muscle, fat, nerve, and cartilage. Preliminary research performed at GeneCell International has shown the presence of early stem cells markers as well. Adipose-derived stem cells are easy to obtain through a simple and localized liposuction process using local anesthesia and with minimal patient discomfort. These autologous adult stem cells show the same morphology, immune phenotype and differentiation capacity as stem cells obtained from bone marrow and umbilical cord blood. They are free of ethical debate and use tissue which is abundant and easy to access. A single sample of adipose tissue can yield more than 200 million stem cells of which 95% are mesenchymal stem cells. These cells appear to be one of the body’s tools for self-repair. They are capable of performing three important functions with unique abilities such as plasticity (their potential to transform into other cell types), honing (they can travel to the damaged tissue), engraftment: their capability to attach themselves to the damaged tissue, Adipose-derived stem cells have the potential to treat a variety of different diseases and conditions that range from breast soft tissue reconstruction after tumor surgery to treatment of brain injuries, stroke, heart failure and more.

GeneCell International specializes in the collection, transport, processing and cryogenic storage of adult stem cells from various sources including; umbilical cord blood, cord tissue, dental pulp and adipose tissue (fat) that can later be used to treat a variety of diseases. The laboratory is also involved in scientific research and development with a range of stem cells from various adult tissues. The facility is governed and inspected by the FDA as well several other regulating bodies to ensure the safety of these cellular therapies. Headquartered in Miami, Florida and with local offices in Central Florida, Colombia, Costa Rica, Dominican Republic, Honduras, India, Panama, Peru, Puerto Rico, and Venezuela, GeneCell operates state of the art laboratories and storage facilities for the cord blood, cord tissue, dental pulp and adipose tissue of thousands of clients. For more information and to learn more about GeneCell, its services and the stem cell sources, please visit GeneCell's website at http://www.GeneCell.com, their Facebook page, Twitter Page, Pinterest Page, or YouTube Video Page.