Computer “hacker” Kevin Mitnick is giving his presentation, “Art of Deception: Are YOU in Danger of Being Conned?” on Friday, April 12, 2013 at 3 p.m. in the auditorium of the Tom Steed Community Learning Center at Rose State College in Oklahoma City. http://www.rose.edu/rslive 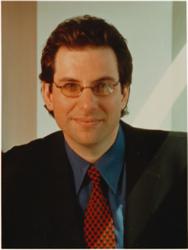 As the world’s most famous (former) hacker, Kevin has been the subject of countless news and magazine articles published throughout the world.

In building this body of knowledge, Kevin gained unauthorized access to computer systems at some of the largest corporations on the planet and penetrated some of the most resilient computer systems ever developed. He has used both technical and non-technical means to obtain the source code to various operating systems and telecommunications devices to study their vulnerabilities and their inner workings.

As the world’s most famous (former) hacker, Kevin has been the subject of countless news and magazine articles published throughout the world. He has made guest appearances on numerous television and radio programs, offering expert commentary on issues related to information security.

In addition to appearing on local network news programs, he has made appearances on 60 Minutes, The Learning Channel, Tech TV’s Screen Savers, Court TV, Good Morning America, CNN’s Burden of Proof, Street Sweep, and Talkback Live, National Public Radio, and as a guest star on ABC’s spy drama “Alias”. Mitnick has served as a keynote speaker at numerous industry events, hosted a weekly talk radio show on KFI AM 640 in Los Angeles, testified before the United States Senate, written for Harvard Business Review and spoken for Harvard Law School. His first best-selling book, The Art of Deception, was published in October 2002 by Wiley and Sons Publishers. His second title, The Art of Intrusion, was released in February 2005. Mr. Mitnick’s autobiography, Ghost in the Wires, was released in August 2011 and is a New York Times best-seller.

This lecture, part of the Rose State Live cultural series, is free and open to the public, but seating is limited. Following the presentation, there is an opportunity to purchase his book “Ghost in the Wires,” along with “The Art of Deception: Controlling the Human Element of Security.” Mitnick will be available for signing.