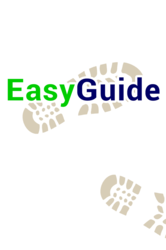 London walking tours come to life with the new EasyGuide GPS smartphone app for an Apple or Android phone!

London Podcast Guide - This is a podcast audio guide to London presented by popular Welsh broadcaster Tim Richards. Tim will guide you round some of his favourite sights in London and explore them with you. Although the individual chapters are plotted to play automatically, this is not designed to be a point-to-point walking tour.It is a guide to a number of sights across London which can be explored over a few days. This guide can also be enjoyed without needing to be in London as the atmospheric commentary will transport you to the locations.

City of Westminster Tour - This GPS London walking tour of the City of Westminster takes around 90 minutes to complete. This AUDIO ONLY tour starts at Trafalgar Square and passes by some of the capital's most famous landmarks, covering major highlights such as Big Ben, The Houses of Parliament and Buckingham Palace.

London City Tour - This GPS London walking tour of the City of London takes around 90 minutes to complete. It is an AUDIO ONLY tour passing by some of the ancient city's most historical monuments including The Tower of London, The Monument, The Guildhall and St Paul’s Cathedral.

South Bank Tour - This GPS London walking tour takes around 60 minutes to complete. This AUDIO ONLY tour starts at London Bridge and travels along the South Bank of the Thames, from London Bridge to Westminster Bridge, with highlights including The Golden Hind, The Tate Modern, The London Eye and Shakespeare’s Globe Theatre.