Canoecopia charities for 2013 get a nice bump. 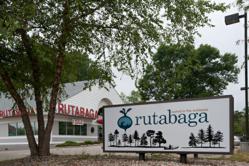 "Outdoor people are generous," said Bush. "They love being outdoors and are willing to give to make sure others can get out there too."

Canoecopia 2013, world's largest canoe, kayak and Stand Up Paddle consumer expo, was successful in raising money for charities through its presenter, Rutabaga Paddlesports.

"Kayakers and canoeists are generous people and when given a cause that resonates, they open their hearts and wallets," said Darren Bush, Chief Paddling Evangelist of Rutabaga Paddlesports. "Our charities are a perfect match for our customers and they responded."

Canoecopia's three charities will receive a portion of $3,200. Recipients included Big City Mountaineers, Sierra Club Inner City Outings, and Rutabaga Paddlesport's Josh Kestleman Scholarship fund. All these organizations exist to get kids outside and into the natural world.

There were a number of ways attendees were able to donate to the causes. Capital Brewery, one of the sponsors of the show, sold their own merchandise and donated the proceeds. Customers could donate at the registers for the Josh Kestelman fund, and several manufacturers and exhibitors offered donations in cash and product that can be offered later in silent auctions and fundraisers.

"Outdoor people are generous," said Bush. "They love being outdoors and are willing to give to make sure others can get out there too."

Rutabaga Paddlesports has received Paddlesports Retailer of the Year from Canoe and Kayak Magazine a record eight times and was voted one of the best 50 Places to Work by Outside Magazine in 2011. Rutabaga Paddlesports is a nationally-recognized kayak, canoe and stand up paddle (SUP) retailer. Family-owned and operated since 1976. Rutabaga owns cartop.com. The company's paddling school, Rutabaga Outdoor Programs, teaches paddling skills to over one thousand paddlers a year.