MyPerfectAutomobile has fresh updates on the New York International Auto Show, which runs through April 7 at the Javits Center. MPA also examines two of the show’s debuts, the Mercedes-Benz B-Class Electric and the Infiniti QX60 hybrid. 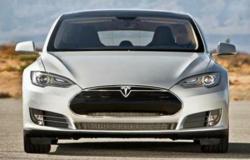 MyPerfectAutomobile has fresh updates on the New York International Auto Show, which runs through April 7 at the Javits Center. MPA also examines two of the show’s debuts, the Mercedes-Benz B-Class Electric and the Infiniti QX60 hybrid.

A jury of 66 experts announced the World Car of the Year winners for 2013 at the New York International Auto Show this week. Volkswagen’s Golf took the overall prize as WCOTY. The green category was won by Tesla Motors’ Model S electric sedan, while the performance trophy went to the Porsche Boxster/Cayman, and World Car Design of the Year honors were picked up by the ultra chic Jaguar F-Type. The Golf has now captured two of the biggest international car prizes, winning here in New York for World Car of the Year, and only weeks ago taking home the European Car of the Year trophy. For the complete story, see:
http://www.myperfectautomobile.com/volkswagen/world-car.html

The Mercedes-Benz B-Class Electric Drive car will go on sale in the U.S. in 2014, though price details have not been officially announced by the company. At the New York International Auto Show, the EV made its debut on Wednesday, setting the stage for a competitive luxury EV market. Though Mercedes-Benz already manufactures a combustion version of the B-Class in Canada and Europe, U.S. consumers will only get the electric model for now. No decision has been made as to whether the B-Class EV will be a lease-only car or be offered for sale outright. For the complete story, see:
http://www.myperfectautomobile.com/featured/mercedes-benz-electric.html

Infiniti’s QX60 crossover hybrid was unveiled at the New York Auto Show this week. The seven-passenger vehicle features a 15 kW electric motor, a 2.5-liter, four-cylinder engine and a lithium battery pack. The hybrid crossover is designed in such a way that it offers the same amount of interior and storage space as its non-hybrid cousin. Torque and horsepower differences between the hybrid and combustion models are negligible, with the gasoline vehicle coming out on top by just five pound-feet and 15 horses overall. The hybrid’s specs stand at 250 horsepower and 243 lb-ft or torque. For the complete story, see:
http://www.myperfectautomobile.com/infiniti/infiniti-qx60.html

The MPA flagship website has grown into a major presence on the Internet. It features a complete shopping mall as well as a free-to-list classifieds section for all things green. For advertisers, MPA offers the chance to be in front of over 20,000 readers each month who are interested in hybrids and electric vehicles, as well as sustainable transportation in general.

Bob Twaalfhoven: President and Founder of MPA, is an MIT-educated engineer whose primary interest is planetary sustainability.

Larry Judkin, General Manger and Sales Coordinator, has tasked himself with taking MPA to the number-one spot among green transportation websites.